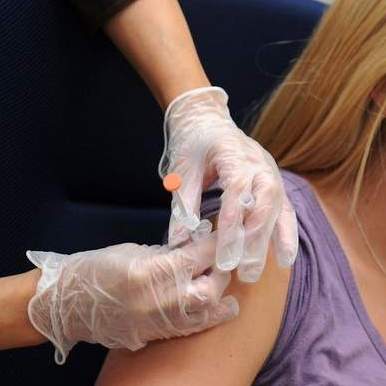 According to the Washington State Department of Health (WSDH) whooping cough is still at epidemic levels in the state. Earlier this year we posted articles on the epidemic outbreak of whooping cough, or pertussis.

The following report was published by WSDH on Thursday, July 19th reflecting data through July 14, 2012:

According to this chart provided by Centers for Disease Control and Prevention (CDC), Washington has the second most incidents of  pertussis in the nation, following Wisconsin:

The director of the CDC’s National Center for Immunization and Respiratory Diseases, Dr. Anne Schuchat, said in a report in today’s Everett Herald that scientists are trying to find out why more young adults are getting pertussis. She mentioned that it may be caused by a change in the vaccine used for children.
The article continued:

The switch to the acellular type of the vaccine occurred in 1997, following concern about possible side effects caused by the previous version of shot, Schuchat said…The change in the vaccine, while causing fewer reactions, might have done something to affect how long the vaccines are effective, she said. The current group of 13- and 14-year olds is the first to have all their immunizations with the newer vaccine.

While scientists are trying to figure out the cause, Snohomish Health District (SHD) encourages people of all ages to be vaccinated in order to stop the spread of the epidemic. For instance, 21 drugstores in Snohomish County united to fight pertussis. SHD reports that, “since the beginning of June, the stores so far have administered nearly 450 doses of whooping cough vaccine to low-income or uninsured adults. Pharmacies charge $10 to $15 to give the shot — the vaccine itself is no cost to the client.”