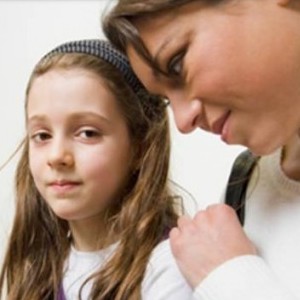 In this week’s edition of “Inside Olympia,” a newsletter by the WSHA, attention was brought to three of the governor’s veto decisions which are expected to impact hospitals and health systems. Of those three, the veto worrying the WSHA is of the proviso language in Section 213(45), which according the governor would have required the HCA to:

…Make specific certifications of network adequacy to the Legislature and the Governor prior to awarding a contract for Medicaid managed care services.

It also requires a rebidding process in counties where a certification cannot be established and prohibits a reversion to fee-for-service as a result of the procurement process.

The veto has affected two care providers in particular. Columbia United Providers (CUP) and Community Health Plan of Washington (CHPW) were denied a request to the HCA to continue serving their Medicaid patients in Clark County, in which CUP has 47,000. The two filed jointly for a preliminary injunction against the Health Care Authority but were eventually denied by the state.

According to the WSHA the proviso language of Section 213(45) would have:

Today, May 16, the new Medicaid managed care plans are required to have their networks in place. Now, as CUP and CHPW’s contracts to provide Medicaid coverage are set to expire on July 1, the WSHA is worried if the newly awarded contracts and their networks replacing will suffice. From the WSHA newsletter:

WSHA has concerns about whether the primary care and specialty care networks are sufficiently robust to care for Medicaid enrollees.

WSHA will continue to be involved in the implementation of the new Medicaid managed care contracts, with particular attention to access to care.

We will not be successful in decreasing unnecessary emergency room visits or ensuring patients get health care in the right place without adequate community capacity.

The citizens of Clark County are worried as well. Through CUP’s website, www.patientsloseout.com, letters from Medicaid beneficiaries continue to be sent to the governor pleading her to reconsider. The issues that beneficiaries are finding with this transition are indeed troubling, as pointed out by the words of Arnold Carlson, who wrote the governor on Monday:

“I talked with a new Medicaid plan today, one of only 2 plans that Basic Health will offer, they could NOT tell me any doctors in Clark County who accept their plan.

How will I get medical care and why should I continue paying.  Basic Health will be useless in Clark County.”

Others like Kimberly Amos, who also wrote Monday, worry about the loss of medical records and longtime relationships with doctors:

I am pleading with you to retain CUP as an Insurance Provider.  I have gone to the same Clinic for 30 years, and my Daughter who is ten has been going since birth.  As it stands now, the Clinic does not accept any of the “NEW” Insurance Companies that you have chosen for the Medicaid and Basic Health Coverages, therefore that would mean that I have to find new Doctors for my Daughter and Myself that have no clue of mine or her medical history!

I find that you have totally disregarded the effects this has on many people.  We have until June 4 to decide on the Health Coverage, and out of the five there are only two available in my area????

We don’t even know what kind of coverage we will get with these Companies to be able to decide or to allow Clinics for all to adjust and possibly set up terms with any of them.

We will continue with updates on this subject, as Medicaid beneficiaries are set to be transferred to new plans in the next week in advance of a July 1 implementation.  Stay tuned.