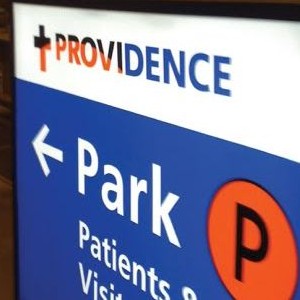 Today the Everett Herald reported that in the first quarter of 2012, Providence Regional Medical Center Everett recorded a loss of $4.3 million. That sum is $800,000 more than what the medical center had budgeted and is “part of a trend of hospitals throughout the Puget Sound battling red ink.”

However the article, by Sharon Salyer, states Providence expected the loss:

Dave Brooks, Providence’s chief executive, said the losses are part of the financial growing pains that come with the opening of its 12-story, $460 million medical tower in June of last year.

“We expected to be losing money right now,” Brooks said. “We built the tower for decades. It won’t break even the day, the month, or the year it opens.”

Coupled with the building’s expenses was the installation of a new electronic medical records system that cost an estimated $9 million.

This comes at a time when hospitals across Washington state are reporting similar financial losses, the article reported:

They include Seattle’s Swedish Health Services, which announced it was losing $250,000 a day, amounting to a first quarter operating loss of $16 million.

Salyer points out that there are a number of reasons for this current trend and over 1,500 Washington hospital employees have lost their jobs in the past 18 months.

Overall volumes, meaning the number of patients admitted to [Swedish’s] hospitals in Seattle, Issaquah and Edmonds as well as those treated and released, decreased 8 percent in the first quarter, 144,000 patients compared with the 158,000 that was budgeted.

Surgeries declined even faster, down as much as 15 percent over what was budgeted at some of its hospitals, said June Altaras, chief nursing officer.

One reason may be that companies are changing their medical plans, with more out-of-pocket costs shifted to employees, she said.