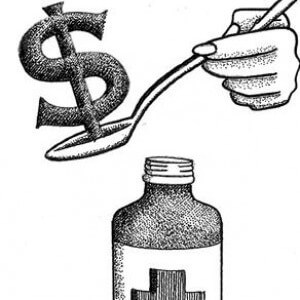 Dr. Roger Stark Calls For The Repeal Of IPAB To Protect Medicare Beneficiaries

Dr. Roger Stark wrote an article for the opinion section of the Seattle Times today in which he voices concerns with the Affordable Care Act’s establishment of the Independent Payment Advisory Board (IPAB), and its potential to “exacerbate the Medicare doctor-shortage crisis.”

Stark, a health-care analyst with the Washington Policy Center, notes that 1 million Washingtonians make use of Medicare and, in Washington, “Medicare expenditures have increased by 8.2 percent per year on average over the past two decades.”  IPAB was created to keep Medicare costs in check and its 15 members, who are appointed by the president, have the authority to frame and implement cost-cutting measures to the program where seen fit.

In reality, there’s very little Congress can do to stop IPAB’s “recommendations” from becoming law. They automatically take effect unless Congress musters a two-thirds supermajority vote to overturn them, or passes entirely new legislation that achieves the same level of cost savings.

As pointed out in the article, one of the main tactics IPAB will employ to reduce Medicare expenses is the lowering of reimbursement rates for doctors and health care providers engaged in Medicare.

With that, Stark writes:

And that is exactly the problem. These rates are already so low that many doctors are simply refusing to treat Medicare patients.

One survey from the American Medical Association found that 17 percent of all doctors, including 31 percent of primary-care physicians, have restricted the number of Medicare patients in their practices because of low reimbursements. Some have stopped taking Medicare patients altogether.

Stark goes on to mention a recent letter sent to congress urging the repeal of IPAB with the Washington State Medical Association and the Washington State Urology Society among 250 other health-care groups’ signatures, and that Rep. Cathy McMorris Rodgers, R-Spokane, has supported a bill that would repeal IPAB.