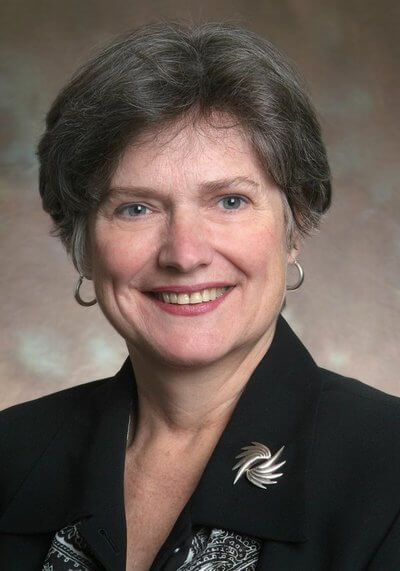 Last week,we posted a story on the UW cutting the nurse-midwifery program.  Since then, the story has gained considerable traction. On KUOW, two days after our story, UW President Michael Young answered a question from a caller asking about avoiding cuts to “vital health care workforce” programs, specifically citing the midwifery program (at 12 min, 50 sec) with this:

“I think there has been sort of at least some degree of misunderstanding about the, about some of the things that went on.  One of the things that the College of Nursing at the Seattle campus has done has focused more on the doctrine of practical nursing which is a direction in which many of the, uh, uh, nursing programs at the major research universities are moving in, uh, at the same time we are expanding some of our masters programs and other programs at the Tacoma and the Bothell campuses, so part of the goal is to, um, while we have to streamline and be as efficient as we possibly can, do what we can, uh, to make sure that the breadth and range of programs is still available.  So the issue that you raised is really just deeply under discussion of where is the best place to do it and how is, how is that best done in the most efficient way possible.  But it’s a very good question.  Thank you.”

That comment probably left a number of concerned citizens even more concerned than when President Young began the quote.

It was followed up later in the week by a full column by Danny Westneat of the Seattle Times.  He writes:

I get that the UW feels forced to streamline. That often leads to these sorts of “return on investment” calculations. But just as pregnancy isn’t an illness — which is why we need more midwives! — natural childbirth will never be the hot growth stock in the medical industry’s portfolio.

To me a word that fits better than “ludicrous” for all this is “sad.”

Noteworthy, a petition that he cited in his Jan. 14th story had at the time 1500 signatures.  It’s now up to 2600.  There, the following note from UW Provost Ana Mari Cauci was posted late Tuesday evening:

Provost Ana Mari Cauce kindly requests individual comments you may have regarding this issue to be sent to her. She encourages those of you who are signing our petition to write her a personalized message of why this is important to you. She can be emailed at cauce@u.washington.edu.

I had some correspondence with UW Nursing School Dean Marla Salmon, pictured above, about the cuts to the UW nurse-midwifery program and our story posted on the topic.  I had told her some of our commenters on the previous story were unable to email her at the address posted.  Apparently there were some email bumps at the UW going around, and hers was apparently impacted.  I was provided a copy of a letter today that Dean Salmon is sending out in response to comments on the matter, posted below.  You can reach her directly by email via msalmon@u.washington.edu.

Thank you for your concern and support for our Nurse Midwifery Program.  I appreciate receiving the perspectives of people whose lives have been touched by its faculty, students, and graduates.  I know that we have an outstanding program that has had a very positive impact on this state and well beyond.

Unfortunately there has been significant misunderstanding about the process to determine the future of the midwifery program.  This is the situation:  no decision has been made at a school level regarding possible discontinuation of the Nurse Midwifery program.  Our executive team is in the process of considering such a recommendation from the voting faculty of the school, which will require extensive analysis before it is presented for review by the Dean.  As I am in transition and will leave the School this year, it will be the new Dean who will determine whether to move the recommendation forward to the Provost.  If this were to be the case, it would be only the first step in a comprehensive university level process in which there is significant involvement of interested parties within and beyond the university.  This process is referred to as RCEP (Reorganization, Consolidation, or Elimination of Programs) and is described on the university website.

Please be assured that I am sharing every communication that I receive about the program with our executive team as they consider this faculty recommendation.  Your engagement in this process and with our program is very important.

Thank you for writing to me.  I deeply value our midwifery program and am glad to have your communication at this time.