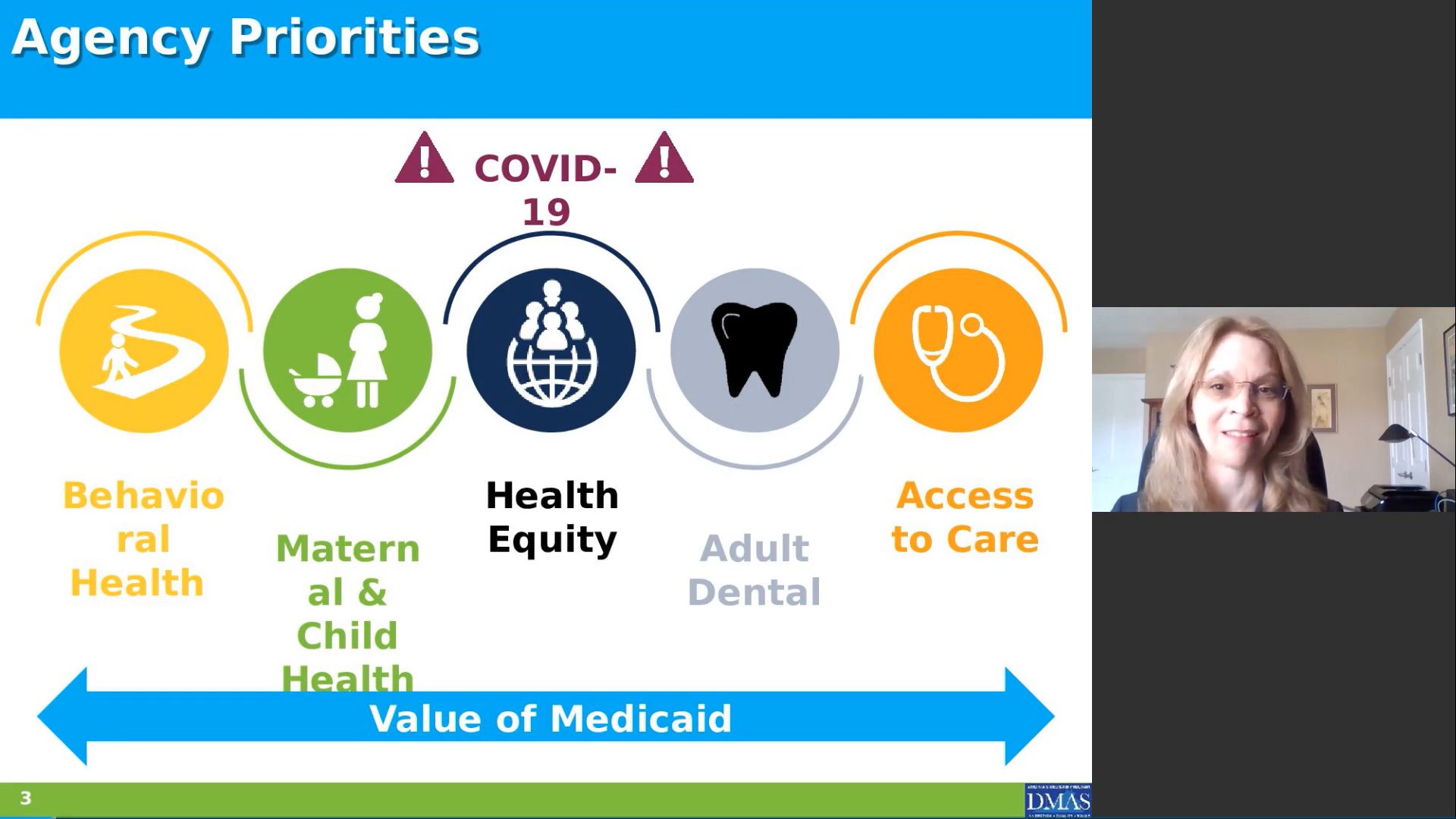 During the Virginia State of Reform Health Policy Conference, Director Karen Kimsey provided key updates from the Department of Medical Assistant Services, which oversees the provision of Medicaid for approximately 1.8 million Virginians.

Kimsey reported that since Virginia declared a state of emergency on March 12, 2020 due to the COVID-19 pandemic, Medicaid gained 291,923 new members.

“These are individuals who have a peace of mind now, to know that they have health coverage during this very critical time.”

What caused Virginia’s Medicaid member increase, which began on April 1, involves the expansion of coverage eligibility. Previously, Virginia was one of only six states that required a lawful permanent resident to have 40 quarters (approximately 10 years) of work history to qualify for Medicaid. The agency has now reduced that requirement to five years to match the federal requirement. This change expands Medicaid access for 4,000 individuals with green cards. According to the Virginia Legislative Information System, nearly $6.6 million from the general state fund and $16.6 million from federal Medicaid were allocated during the 2019 session to expand coverage to these individuals.

Regarding maternal and child health, Medicaid will now provide doula services for expecting mothers, as well as reimbursements for those services. For example, members will receive an $859-$959 reimbursement for up to eight visits and the doula’s attendance at birth.

Moving on to the issue of ensuring health equity, Kimsey stressed a dual approach, both externally toward members, and internally within DMAS. On the external approach, Medicaid will provide a dedicated call center to address cases involving incarcerated populations. The end goal of this approach, she continued, is to ensure that incarcerated people will have been screened and granted access to Medicaid upon their return to society.

Medicaid also created a Diversity, Equity and Inclusion Council to directly address issues regarding health equity within its staff. Kimsey stressed the importance of putting people of diverse identities into leadership positions.

“We have a very robust team inside our Medicaid program. It is a majority minority agency, and we are working very hard to make sure our leadership is reflective of the team.”

Kimsey shared the agency’s ongoing plans for the future, which remain robust even as the pandemic continues. This includes the merging of two managed care programs to streamline processes for providers and patients, helping individuals who no longer qualify for Medicaid find alternative coverage plans, and making telehealth a permanent, widely accessible care option.