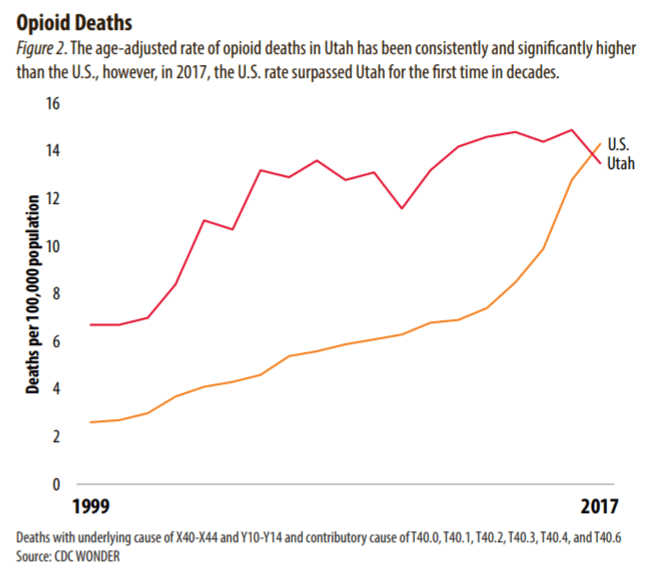 UHIP update from the Utah Department of Health

The Utah Department of Health released a status update on the 2017-2020 Utah Health Improvement Plan (UHIP) implementation process this week. The department found that UHIP, which launched in 2017, has “contributed to significant progress in priority areas.”

The plan is aimed at three health-related priorities for the state:

Those priorities were chosen based on the Utah State Health Assessment published in 2016, in addition to stakeholder feedback, partner agencies’ focus areas, and “because it was felt these broad and complex issues would benefit from the UHIP statewide collaborative process,” according to the plan.

The last UHIP status update like this one was published in May 2018. Workgroups for the priority areas, though, provide more frequent updates here. Each of the three workgroups published an update in December 2018.

Takeaways on progress for each priority include:

The rate of obesity in Utah’s adults, the update reads, increased by 6.5% between 2000 and 2017. While the status update doesn’t provide any hard numbers on improvements, it shows participation in efforts aimed at workplaces. 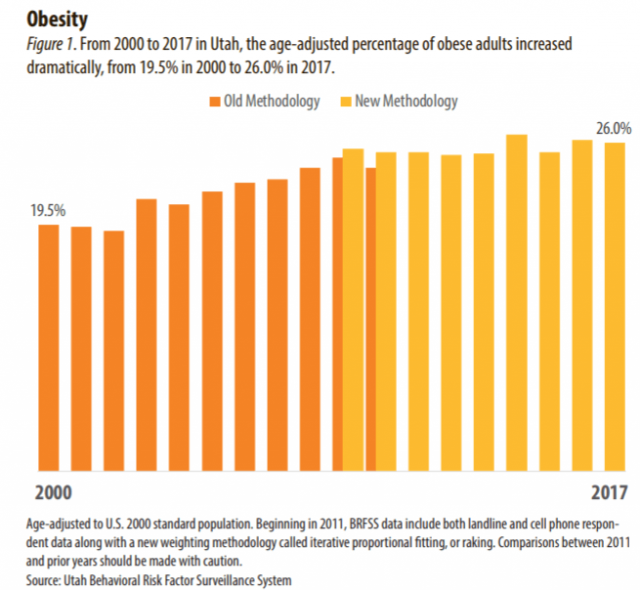 According to the status update, over 85 Utah worksites have completed a “standardized worksite wellness assessment tool.” The workgroup focusing on reducing obesity and obesity-related chronic conditions now plans to work with those sites to help them improve “the culture of wellness…through additional resources and training.”

The workgroup’s more detailed December 2018 update showed that it was mostly hitting — often surpassing — the benchmarks it set for objectives, aside from its goal to have a mentor model available to help 15 businesses improve by the end of March 2019. The update shows that a subcommittee was formed to develop a model, but that no businesses were able to use such a model at that point.

By the end of June 2020, UHIP lists an objective to have “at least 40 worksites” with data from three assessments that document improvement.

The status update shows the most statistically striking progress in regard to reducing prescription drug misuse, abuse, and overdose. It credits UHIP efforts for a decrease in opioid deaths across the state in 2017 and for bringing the state’s rate of opioid deaths below the national rate “for the first time since 1999.” 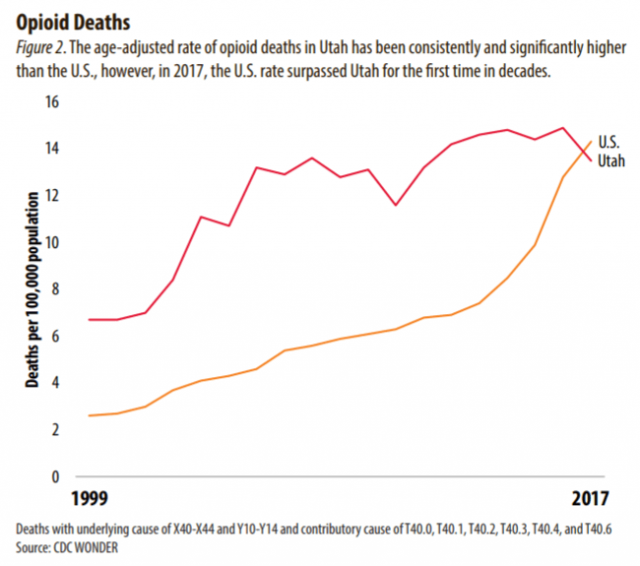 “Additionally, a 22.3% decrease in deaths related to prescription opioids was observed since 2014,” the report reads.

The workgroup’s December 2018 update reports progress on most of its objectives. Among its accomplishments, the group notes that the Opioid Fatality Review Committee released a Gabapentin and Prescription Opioids report last year and a map of known pharmacies that stock naloxone is now available online.

Its top accomplishment, according to the status update, was the workgroup’s success in “getting a wide variety of organizations from across the state to work collaboratively.” It also highlights that the group assessed opioid public awareness campaigns and found that the department’s campaign was “highly successful,” and hosted provider/insurer roundtables on how to address opioid abuse.

Like the others, the UHIP workgroup for improving mental health and reducing suicide showed in its update at the end of 2018 that it’s mostly progressing toward its objectives.

According to the workgroup’s specific report, it has also seen success in its goal to partner with firearm retailers, concealed carry instructors, and firearm enthusiasts. The workgroup reported that it had partnered with nine such groups as of December 2018 to “incorporate consumer suicide awareness and prevention materials as a basic tenet of firearm safety and responsible firearm ownership.” Its target is to partner with 10 by December 2020.

Another of its goals — to provide at least 10% of Utah’s population with evidence-based gatekeeper training — looks to be more of a challenge. The group’s target is to train at least 299,592 people by December 2020. In 2018, 23,872 people were trained, in addition to the estimated 25,000-person baseline.