The Utah Department of Health (UDOH) today released a proposal to increase the federal share of the costs associated with expanding the state’s Medicaid program while accepting limits on the amount of federal funds that would be available for the program.

On April 1 Utah expanded Medicaid coverage to approximately 70,000-90,000 adults who earn up to 100% of the federal poverty level (about $12,492 for an individual or $25,752 for a family of four). The federal government covers approximately 70% of the costs associated with caring for these newly eligible adults, with the state covering the remaining 30%.

More than 31,000 Utah adults are already enrolled in the expanded Medicaid program.

In preparing this proposal, the UDOH is implementing the requirements outlined in Senate Bill 96 (2019), which directs how Medicaid expansion will occur in the state.

Known as the ‘per-capita cap,’ the proposal seeks to increase federal cost sharing to 90%. It also allows the federal government to cap the amount of money it will direct to the state to cover the newly eligible adults. Other elements of the proposal include a self-sufficiency requirement, the ability to provide housing supports, an option to lockout individuals who deliberately violate program requirements, and allowing up to 12 months of continuous eligibility.

The UDOH will accept public comment on the new proposal through June 30, 2019. Comments may be submitted online at https://medicaid.utah.gov/1115-waiver or by email at medicaid1115waiver@utah.gov.

Following the public comment period the UDOH will review submitted comments and determine if changes should be made to the proposal. Then the UDOH will submit its proposal to the Centers for Medicare and Medicaid Services (CMS), which is responsible for approving or denying the request.

“We have worked hard over the last couple of months to develop a proposal that adheres to Senate Bill 96 and provides Utah with the best chance of implementing a successful Medicaid expansion.” said Nate Checketts, UDOH deputy director and director of the state Medicaid program. “We hope CMS will act on our request in a timely manner so we can implement the new elements of the program later this year or early next year.”

To be eligible for the expanded Medicaid program, individuals must be a Utah resident between the ages of 19 and 64, be a U.S. citizen or legal resident, and meet income requirements. Information on how to apply for Medicaid can be found at https://medicaid.utah.gov/apply-medicaid.  Enrollment for adults up to 100% of the federal poverty line has been open since April 1 and potentially eligible individuals are encouraged to apply to determine if they qualify for coverage.

This press release was provided by the Utah Department of Health. 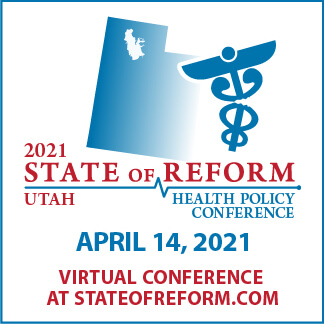