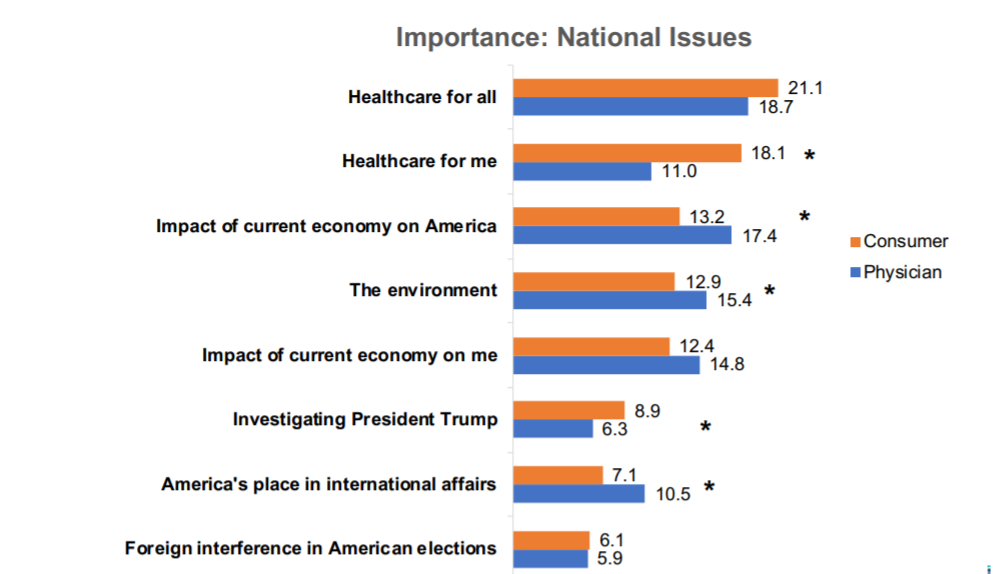 The Texas Medical Center recently released their 2019 national survey from physicians and consumers. The survey provides insight into the public’s attitude about a number of hot button issues in health care.

The most recent survey, now in its 5th year, focuses on topics like the cost of health care, Medicare for All proposals, and wasteful spending. The survey also features a segment from physicians that respond to questions regarding the future of the health care workforce.

Two-thousand consumers and 750 physicians across all 50 states participated in the survey.

Physicians, however, believe that the doctor shortage issue is much worse than the data actually shows.

Given the widespread belief that a physician shortage will occur, the survey recommends several solutions if a shortage were to happen. Survey results showed that physicians believe they will ultimately see a fewer number of patients, and that nurse practitioners will see more patients than they currently do.

The survey asked consumers what their number one concern in the health care market was. The increasingly high cost of care was the top response.

“Just over half of consumers (51 percent) also stated that they were willing to pay more for health care to ensure that everybody in the U.S. has access to insurance. The Texas Medical Center’s analysis of responses determined that collectively, Americans are willing to spend an additional $24.5 billion on health care to ensure greater coverage for others,” the survey results showed.

The survey also asked consumers about aspects of the upcoming presidential election. When respondents who declared they were going to vote for Donald Trump during the 2020 election were asked how his policies on Medicaid would affect their vote, 16% said that they would not vote for him if he decreased Medicaid funding.

The survey is conducted annually, and the results are compared to the previous year.