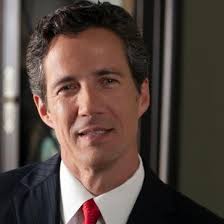 State of Reform recently talked with Sen. Kelly Hancock about his legislation on balance billing, as well as Medicaid and other fiscal issues. This Q&A has been edited for clarity and length.

State of Reform: What’s the problem you’re trying to solve with your current balance billing legislation?

Senator Kelly Hancock: It goes back to when I first ran for office. One of my constituents, the administrator at the church I go to, was complaining he had been balanced billed. It was about $2,500 after going in and having surgery, and all of a sudden – he thought we was done – and here comes this bill in the mail. It was one of the top issues you would here about back then; this was 10 years ago.

So, I came in here [the Capitol] as a crazy freshman ready to change the world and I the first thing I hear is “they’ve been trying to fix that for seven years, you’ll never get it done.” So, we got after it, and with the help of the Committee Chair in the House at the time, he set a hearing. And through the testimony you saw what was going on: an opportunity for providers to make additional revenue. With the Chair’s help and with the help of Senator Duncan and his staff, we passed the first legislation on balance billing.

The first threshold was a $1,000. The following session we found out the average bill for balance billing became $989, so there was a push to drop it to $500, which is where we are today. At the time, we didn’t have the proliferation of freestanding ERs that started in 2009. That’s not, at the time, where we were hearing the biggest complaints. That was from scheduled surgeries where specialists like radiologists and anesthesiologists were all out of the network.

What happened is with ERs being exempted from the previous legislation, with the tremendous growth Texas is seeing in freestanding ERs, that’s where the majority of where balance billing is occurring today.

State of Reform: As you look at the issue, you could go anywhere from banning or capping balance billing to a hands off approach. Where on that continuum to you want to fall?

Sen. Hancock: Texas is a free market state and we still feel like it’s important to have the market establish pricing. There are patients that choose to go to somebody out of network, so we did not want to end up with a price list that the government establishes.

That’s why we went the route of mediation, which has been extremely successful. It has forced the two parties, the providers and the health plans, to really work everything out before it reached the higher thresholds of arbitration that are in the legislation.

State of Reform: What’s your expectation for your legislation this session, SB 507. Is it going to pass?

Sen. Hancock: It’s like the first time we passed legislation on this topic. We brought all the stakeholders together and went line-by-line through the legislation, and told them they could reach an agreement or they can let elected officials who don’t know as much about their industry as they do make a decision. That’s why 99% of what passed was mutually agreed upon by all stakeholders. That’s kind of where we’re at today. Everybody would like a little bit more, but everybody opposes a little bit more. The bill picks up freestanding ERs and gives the consumer or patient a mechanism to trigger mediation.

State of Reform: Moving on to Medicaid and the state’s fiscal situation. How do you expect to bridge the gap between the House and Senate budget proposals?

Sen. Hancock: Medicaid will be the largest part of the state budget now, it surpassed education. What the Chair put together in the Senate was a base budget, which I appreciate. I’d rather be in the position to add money back in than what the House did, where they’ll have to tell people what they’re going to have to take out [because the House’s budget proposal exceeds the state’s revenue estimate while the Senate’s budget proposal does not].

State of Reform: How do you view the issue of potential increased flexibility to the states for Medicaid under a Trump Administration?

Sen. Hancock: Very favorably, but because of our 140 day session it could be a little tricky for Texas. A Trump Administration is going to be different than the Obama Administration. I expect we’ll get our waiver requests approved now, for the most part. I think he’s going to empower the states. I think we’re going to have much more authority and we’re going to have to be prepared for that. But, if all things go well we leave at the end of May.

State of Reform: So, you’re saying there will be some gaps between what you’d like to know from a Trump Administration and what you will know before you adjourn? Is that something where you’d be more explicit during the session in guidance to HHSC? Is that a special session?

Sen. Hancock: I think a special session is a question mark. I believe this session will provide guidance to HHSC and TDI, to provide some flexibility as federal guidelines change, until we come back in 2019. I wouldn’t put money either way on a special session right now. We’ll know more by May.

State of Reform: As you look to more flexibility in Medicaid, would you consider going the route of Indiana with more personal responsibility and health savings accounts?

Sen. Hancock: I’m a huge fan of health savings accounts. They worked very well in my own family business, where the account becomes their [the employees] money, not just a $10 co-pay for health care. I do think that approach allows us the flexibility to change the dynamics in our Medicaid program so there is some personal responsibility.

State of Reform: Any other big health care issues on your mind?

Sen. Hancock: I would anticipate block grants [for Medicaid]. There is no bigger issue. The question is what are you going to do with it? That’s a pretty big issue. I think it’s going to be up to us to set up a viable system.

State of Reform: Some states, like Arkansas, have used flexibility to expand eligibility. Would you consider that?

Sen. Hancock: We’ve chosen not to expand Medicaid with the government strings that have been attached. Can we put together a program that further addresses those in need and at the same time increase personal accountability? That is the goal. I think that will help drive down the cost. And when you drive down the cost of individual care you can include more individuals.

State of Reform: Any closing thoughts on what’s important in your eyes in health care?

Sen. Hancock: With the federal government changes it’s going to be crucial that we work with our Congressional delegation more than ever before as they move authority and decision-making back to the states. We’re going to have to coordinate with them heavily to make sure we’re prepared for that authority.