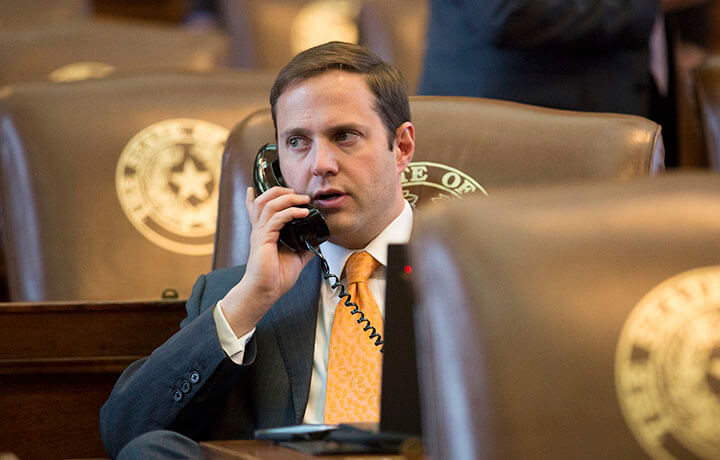 State of Reform recently talked with Rep. Dustin Burrows about this legislation on health care cost transparency, as well as related issues. The following Q&A has been edited for clarity and length.

State of Reform: You were planning on introducing legislation to make health care costs more transparent, what’s the status of that work?

Representative Dustin Burrows: We’ve filed HB 307 and are looking at some additional modifications to the legislation as well. Instead of the bill talking about all hospitals and all providers, we’re going to limit it to only county and state-run hospitals, and providers who have admitting privileges through those facilities. We think that might be an easier lift to try to get something through given that it’s not affecting private providers.

State of Reform: What does that opposition look like? Often both insurers and providers have significant concerns with transparency legislation.

Rep. Burrows: Some of the concerns are “can we get this information from the insurance companies?” Also one of the concerns we’ve heard raised to us are the sheer number of procedures involved in health care. So, we’ve talked about narrowing the scope of which procedures are going to be online or provided to people.

For instance, someone walks in trying to find out the cost of complicated cancer care treatment, you’re probably not going to find out what the cost of that treatment is. However, if we’re talking about more “shoppable” events, that information ought to be, and so one of the issues we’re working through with HB 307 is not just which providers need to disclose, but what procedures we need to get this information for.

State of Reform: What’s the status of your hope of giving consumers the opportunity to share in cost savings they negotiate or find from providers?

Rep. Burrows: The back half of HB 307 deals with that. We’ve gotten a lot of questions from the carriers. One of the things we’ve talked about is that in Texas we provide a lot of insurance through the state itself, whether it’s to our retired teachers, our state employees…even our public school districts where we fund the schools and they buy insurance for active teachers. We’ve talked about when we go through the renewal process directing the people who make those decisions to require bidding insurance companies to come up with an incentive sharing plan, so rather than mandating private insurance companies, starting with a huge consumer being the state itself to do it.

State of Reform: So if providers and insurers have concerns about some of this, who is supporting it?

Rep. Burrows: Some of the business groups generally support it. A lot of businesses are having trouble providing some of the benefit packages they used to provide to attract and retain employees. Some of the consumer groups understand the issue is very topical. They don’t naturally turn to the free market for solutions, but they see the merits in it.

State of Reform: In Indiana they made changes to Medicaid that used health savings accounts and the like. Do you see the opportunity for something like that in Texas that might increase interest in transparency?

Rep. Burrows:  What if we get Medicaid block grants? My position was I hope it’s full repeal. I don’t want an ACA replacement. States welcome the opportunity to deal with these problems. Often times though, we don’t act as a Legislature until we have a gun to our head. I think if DC did a full repeal we would be forced to go back in time and revisit some of the issues we were talking about in the Legislature in 2005 and 2007.

If you look at the TDI website created by earlier legislation, the information is not all that helpful. It tries to go regionally, but one of the things we’ve talked about is can we allow them to get the data dump to drill down to the provider level. So, when we actually  have a website that is trying to provide meaningful information to the consumer from the carriers, can we show by provider what are the most frequently billed 100 procedures? We’re trying to work with TDI to improve that website to give consumers that information.

State of Reform: Does TDI have the authority or data it needs to move beyond a regional, aggregate approach?

Rep. Burrows: No, I believe we’re going to to have to have a statutory change to get that down to the provider level. I’ve talked to TDI to figure this out, to make sure we can make this data dump useful. If you put too much information online with every CPT code ever out there then it’s an unusable amount of information. Part of  the trick with transparency issues, is providing the right amount of information that is usable and meaningful.

State of Reform: What about dealing with Medicaid as a fiscal issue in this budget?

Rep. Burrows: I think the 1115 Waiver exceptions for Texas have been great. When we’re allowed to those funds we can innovate. We can be a testing ground. 1115 Waivers have been good for the state of Texas.

If we were given the block grant we could figure out a way to use that money better for the state of Texas than what’s good for every state in the entire Union. But, we’re going to have to see some more action on the federal side that says “we’re serious about block granting it” before Texas gets prepared with how we’re actually going to administer it. Everybody agrees on the conservative side we’d like the responsibility, but until we know that’s where the federal government is going to go, we’re not not going to see everybody come to the table and figure out that responsibility.