WA: Basic Health Plan Has Ended, But Model May Be Revived 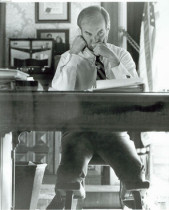 One of the most innovative state health care initiatives in the country—a model heralded and extended in the Affordable Care Act (ACA)—has quietly ended in Washington State.

The Basic Health Plan (BHP), a state-subsidized health insurance program, became the first of its kind in the nation when Washington Governor Booth Gardner signed the Health Care Access Act in 1987.

In the decades that followed, Basic Health grew from a pilot program open to just 4,000 residents in King and Spokane counties to a statewide program serving tens of thousands of residents, with a waiting list that grew to more than 150,000 by 2011.

A Great Program in Its Day

In the pre-ACA world, BHP was a groundbreaking program aimed at helping childless adults with income up to approximately 200 percent of the Federal Poverty Level (FPL) gain healthcare coverage.

Because Medicaid did not cover most low-income childless adults, Washington State created the BHP to help those individuals gain access to subsidized insurance benefits.

The program was primarily state-funded, with occasional federal grant funding to support it.  Unlike Medicaid, the BHP did not enjoy a federal match of funds (FMAP).

In the post-ACA world, with expanded Medicaid and an active health insurance exchange, options have greatly expanded for childless adults in the lower income range.

With these options – and the federal support to fund these programs – the state BHP model, which had no matching federal support, became a drain on state resources.

But the BHP model may be staging a comeback, thanks largely to the efforts of U.S. Sen. Maria Cantwell, D-Wash., who was one of the architects of the BHP in 1987 when she was serving in the state legislature.

Cantwell took her experience with the Basic Health Plan to Congressional deliberations on health care reform in 2009-2010, when she played a key role sitting on the powerful Senate Finance Committee.

During Committee deliberations, Cantwell proposed an amendment to the ACA to extend the BHP model to other states. Her proposal was to allow states to implement a Federal Basic Health Plan Option (FBHPO) that was modeled on Washington’s BHP.

But instead of requiring states to fund the program on their own, Cantwell’s provision called for redirecting 95 percent of the funds that FBHPO beneficiaries might otherwise receive through subsidies to purchase coverage on the exchange.  The funds would be repurposed to cover a portion of the costs of coverage under the FBHPO.

This would provide funding to states to provide flexible and unique insurance benefit packages to low income adults that might not be eligible for Medicaid, but which may not be able to fully afford an exchange insurance benefit.

However, the rules for how states could implement the FBHPO were late getting developed.  In 2012, Cantwell threatened to block the Obama administration’s appointment of CMS Administrator Marilyn Tavenner if the administration did not move quickly. CMS ultimately placated Cantwell with some high-level guidelines issued a week later, but waited several more months release more detailed rules to allow states to move forward.

Signs of Life in Washington

So far, it appears that no state—including Washington—has chosen to pursue an implementation of the FBHPO.

However, that may change in Washington in 2014.

Rep. Marcus Riccelli, a Democrat from Spokane who is a former aide to both Cantwell and former state Senate Majority Leader Lisa Brown, has sponsored a bill that would direct the state Health Care Authority to “develop a blueprint that establishes a federal Basic Health Program and submit it to the Centers for Medicare and Medicaid Services.”

HB 2594 moved out of the Health Care and Wellness Committee on Feb. 5, ahead of the first session bill cut-off.

Prior to the vote, Riccelli urged his committee colleagues to support the bill, saying it would allow the state to leverage federal dollars to “help working families avoid what is called ‘the bronze trap’—when out of pocket costs [of bronze-level plans on the exchange] seem to put health care out of reach for so many.”

Committee Chair Eileen Cody, D-Seattle, noted that there are “still a lot of unanswered questions” about how the state would participate in a federal BHP option, but that it would be “a mistake” not to consider it. “This [bill] just directs the Health Care Authority to move forward on the planning on it,” she said. “It doesn’t actually say that we’ll do it immediately.”

The committee approved the bill on a 9-8 vote. The bill was scheduled to be taken up in the Appropriations Committee on Monday.

Cantwell’s office released this statement from the senator on Monday afternoon:

“The Basic Health Plan has been a winner in Washington State for more than 20 years, giving working families access to cheaper health care than they could get in the marketplace,” Cantwell said.  “It’s important that the State Legislature pass Rep. Riccelli’s legislation and keep giving individuals and families access to affordable health care.”