A new poll from Elway Research finds that three-fourths of Oregon respondents believe that universal health care in the United States is desirable, and 36% are willing to pay a new tax to achieve it.

402 registered voters participated in the online/telephone poll at the end of July, and the sample interviewed was adjusted to reflect the Oregon electorate. The margin of error is reported as +/- 5%.

According to the poll, 75% of respondents said universal health care in the United States is desirable — 49% also said they believe it is achievable.

The achievability and desirability of universal care varied by political party preference. 48% of Republicans said universal care is desirable, but only 13% thought it was achievable. On the other hand, 73% of Democrats and 51% of Independents said it was both desirable and achievable.

Of those who said that universal care is desirable, 58% said they were in favor of eliminating or replacing private insurance with a single public agency, or providing care with public hospitals and clinics. 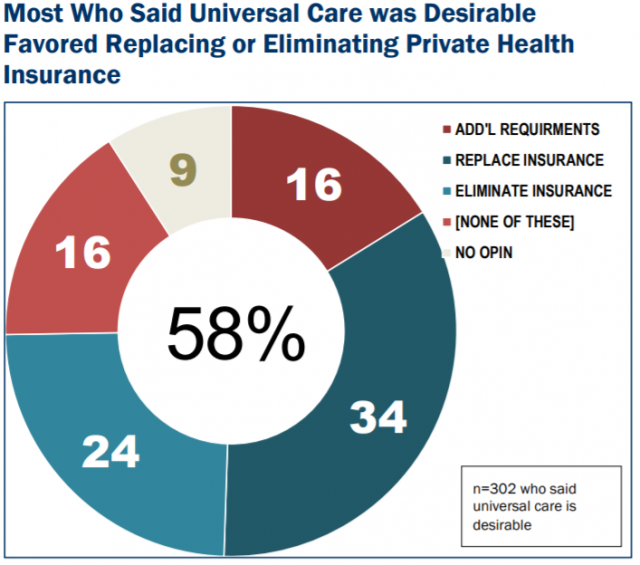 This cohort computes to about 36% of the total sample who believe universal care is desirable, think the existing insurance system should be eliminated or replaced, and are willing to pay a tax equal to their current health care costs to achieve universal care.

A majority of respondents (55%) also reported that that they believe there is currently enough total dollars being spent in the health care system to provide health care for everyone.

When asked about a potential ballot measure that would establish a new state health tax to provide universal, lifetime health care for all Oregonians and replace all other individual direct medical costs, 21% said they would support the tax outright and 19% said they would oppose it. 55% said it would depend on the details with 45% saying they were inclined to support it and 10% reporting they were inclined to oppose it. 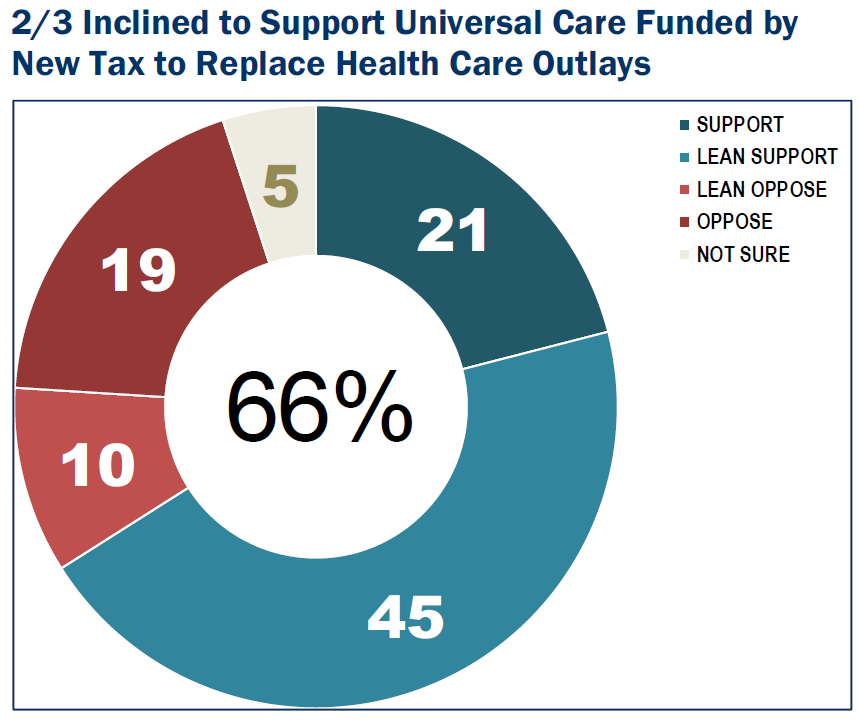 Respondents were asked a similar question regarding their support of a new health care tax, but were told that the new tax would likely be 2-3 times as high as the current state income tax. Support dampened slightly with this additional information. A total of 62% reported they “probably” or “definitely” would vote for the new tax. 30% said they would “probably” or “definitely” vote against it.

The highest level of support for the tax came from people not employed (including students), private sector employees, voters under age 35, and middle-income individuals.

For those who said they would vote against a tax, 22% said higher taxes were the main reason they would vote no and 17% said it would be too expensive. 15% said they don’t trust the government to run health care. 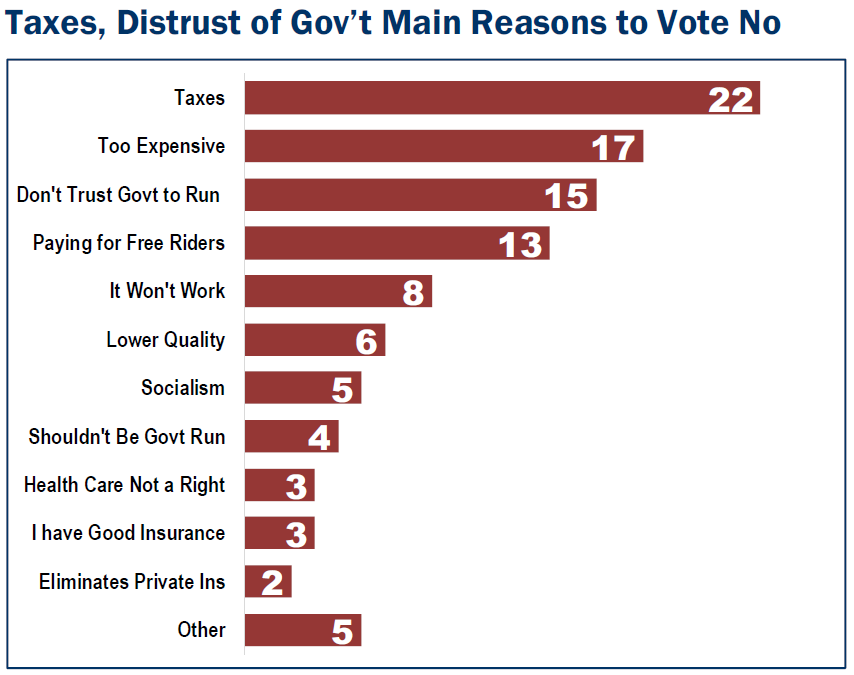 “Of course, this is not a vote,” cautions Stuart Elway, president of Elway Research, who conducted the poll. “It is easier to tell a pollster that one favors a new health care tax than it is to actually vote for one. Still, with 6 in 10 respondents open to a measure that would eliminate or replace private insurance, establish a new state agency and a new health care tax to fund it, these findings indicate that Oregon voters are ready to have that discussion.”