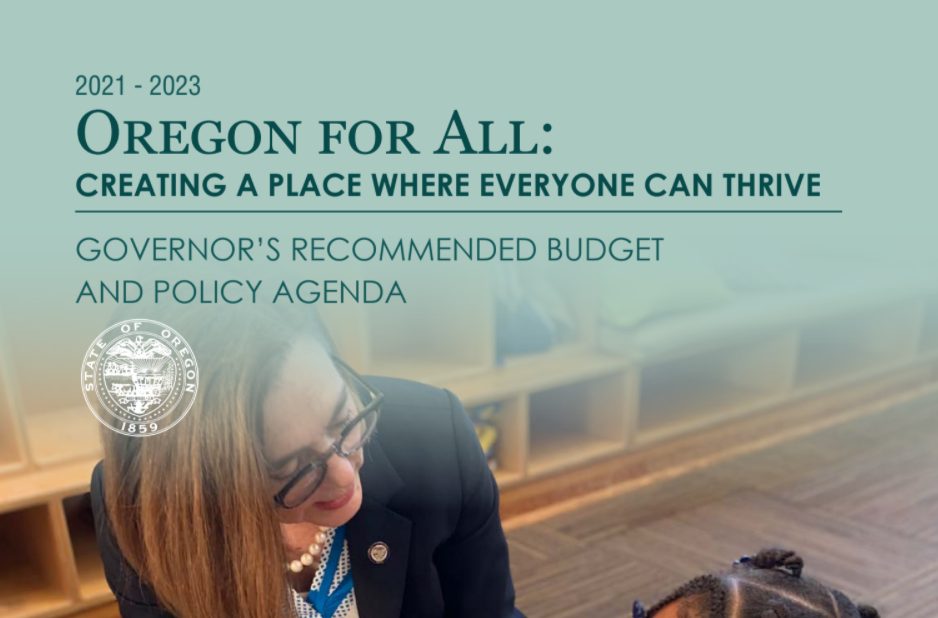 The spending plan outlines the governor’s budgetary priorities, but the final budget agreed upon by lawmakers during the upcoming legislative session will likely look different from her proposal.

Of the $25.6 billion general fund spending included in the proposal, $7.7 billion (30%) is slated for human services agencies. This represents a 16.3% increase compared to the 2019-21 budget approved by the legislature.

Related to behavioral health and substance use disorders, the proposal also would invest $118 million in treatment and crisis intervention services (Substance Use Disorder 1115 Waiver), $112.6 million to implement Measure 110 which decriminalized possession of drugs, and $5.6 million to begin implementing Measure 109 which legalized psilocybin for medicinal use.

However, the budget proposal also notes that Oregon’s Medicaid program, which has added an additional 150,000 enrollees since the start of the pandemic, is now facing a $718 million budget gap heading into the 2021-23 budget cycle.

“The Governor’s budget grapples with difficult tradeoffs. While it is assumed that the federal government will extend enhanced Federal Medical Assistance Percentages (FMAP) through three more quarters, the gap must still be closed through cost savings and asking our already-stressed health system to share in the sacrifice,” reads a budget summary.

The budget says these cost saving measures might include increased adoption of value-based payment, reductions in hospital rates, and funding CCOs at 2.9% increases rather than 3.4%.

“Without strong cost controls, health care costs will surpass the growth in available state revenue. Because of this, the Governor’s Budget maintains Oregon’s place as a leader in holding costs below national trends by capping annual cost growth for the Oregon Health Plan, Public Employees’ Benefit Board and Oregon Educators Benefit Board,” reads the budget.

The budget also includes the following actions to reduce costs:

In a statement released Tuesday, Becky Hultberg, President and CEO of the Oregon Association of Hospitals and Health Systems, panned the proposed cuts to hospitals.

“The Governor’s budget reflects her priorities and choices. She has chosen to propose direct cuts to hospitals in the midst of the biggest public health crisis in a century. Cuts of this magnitude could force hospitals to reduce services to Oregonians during a pandemic. These cuts cannot be justified. Hospitals led the effort to secure new revenue for the Oregon Health Plan through the passage of [Measure 108], which secured $100 million in new revenue for this budget and $300 million for the next biennium,” says Hultberg. “If enacted, the Governor’s budget will exacerbate an already uncertain financial situation for many hospitals. Reductions of this magnitude are likely to cause hospitals to cut services, impacting access to care for vulnerable Oregonians.”

Brown’s budget also calls for action from Congress to provide federal support to the state. Specifically, Brown is calling on the federal government to increase the FMAP by 12 percentage points to account for rising health care caseloads. She is also asking for additional funding to support COVID-19 testing and health services for Medicaid enrollees, $350 million for rent forgiveness and targeted mortgage relief, and federal funding to support families, small businesses, and child care options.

“Only with the federal government providing assistance will we be able to manage the pandemic, rebuild fire impacted communities, and enable all Oregonians to move forward,” reads the budget.