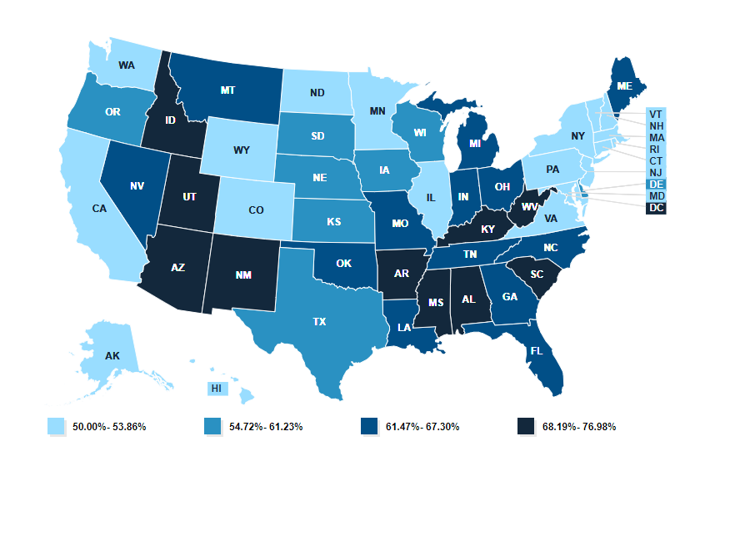 Drop in Oregon’s FMAP could mean a $118 million shortfall

The new FY 2020 FMAP percentages began on October 1, resulting in a rate reduction for 17 states. Federal Medical Assistance Percentages – or FMAP — are the percentage rates used to determine federal matching funds allocated for state medical and social services such as Medicaid and CHIP.

According to the Kaiser Family Foundation, Oregon’s Medicaid spending in FY 2018 totaled approximately $8.922 billion. Based on these numbers, a 1.33% FMAP drop would create a shortfall of about $118.7 million that the state would now be responsible for.

A state’s FMAP is calculated based on a formula that provides higher reimbursement to states with lower per capita incomes compared to the national average. As state and national per capita incomes change, the rates at which a state receives federal matching funds also changes.

Recent trends show Oregon’s per capita income increasing at a quicker rate than the national average, resulting in a lower FMAP.