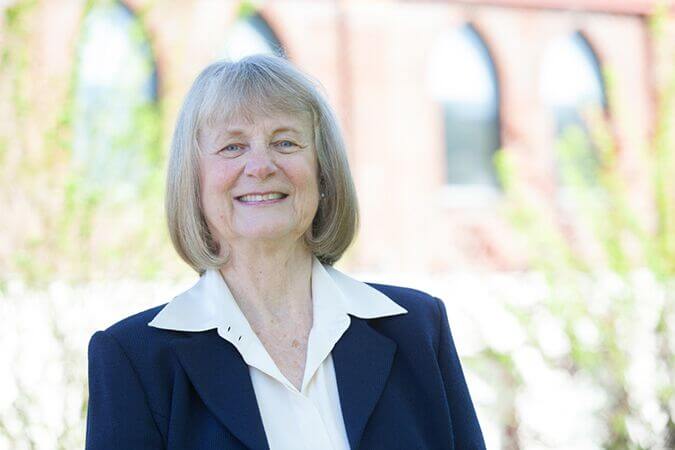 Senator Laurie Monnes Anderson represents Senate District 25, covering Fairview, Gresham, Troutdale, and Wood Village. She is the Chair of the Senate Committee on Health Care in the Oregon Legislature, and also serves on the Human Services and Housing Senate committees.

With less than a month left in Oregon’s 2019 session, we caught up with Senator Monnes Anderson to discuss important legislation passed this year, bills that are working their way through the Legislature, and health care difficulties that still exist in the state.

Emily Boerger: To start off, could you give me a broad overview of how this session has looked for health care legislation?

Laurie Monnes Anderson: “Well I am very pleased with what we have done with the funding of the health care system. So, as you know we had a number of initiatives we needed to get through regarding getting more revenue – we did the hospital assessment tax, the health insurance premium tax, and the stop loss assessment. And then, I still am hopeful that we’ll do a tobacco tax. You never know at this last juncture, but there’s still lots of talk about it. Whether we can get to the finish line with it or not, we don’t know yet. But I haven’t given up on that one either.

We also had a number of bills on the costs of pharmaceuticals. We have a PBM bill that we’re working on. [We’re] trying to level the playing field in helping pharmacies out, so that the PBMs don’t quite have as much control and make things more expensive for pharmacies. So, I call that the PBM bill.

And then [we have] a drug transparency bill that is pretty significant… It looks like that’s going to go through with some amendments. Still some people aren’t happy, but I am excited about that bill.”

EB: I want to go back to your comments on the tobacco tax and how there’s still hope for it. What is that dependent on? Or, where does the conversation stand on that issue?

LMA: “Well, that’s strictly a leadership conversation, and it needs to start in the House. With everything going so slow, I don’t know about the dynamics. We have to get enough votes in the House side first and then on the Senate side, and it would take 20 votes at least in the Senate. So, I’m sure they’re doing vote counting. We certainly don’t want to send it to the floor if it’s not going to pass.

But it is really needed. Especially bringing in the vaping too because vaping is so popular with our young kids, in high school in particular. And it’s just a tragedy, I think, because I truly believe that vaping is just as bad as smoking. And we are not getting any taxes on them as it stands now.”

EB: You’ve mentioned some of the defining health care topics of the session, such as funding. I’m interested in your personal top priorities.

LMA: “Well of course housing. We need to be putting a lot of money into housing. And I’m hoping once we get the final budget out that we will see that we’ll be able to come up with a number of dollars for affordable housing. But we did pass at least rental consumer protections for housing [this year] and I’m hoping it will make a difference.

I really worked hard on the prescription drug labeling bill as well as the, we call it the “prescription drug reader bill.” Those are two bills that I’ve spent quite a bit of time on, that I chief-sponsored, and I’m very excited about those bills going through.

I also had a wifi bill (and everyone seems to be making fun of that bill), but there’s a lot of concern – especially among young mothers – about the amount of radiation that might be coming off the wifi in schools. So, we at least got a bill out that [requires] OHA to do an evidence-based review of literature… You know, we need to be paying attention because there’s wifi everywhere now. Do we need to limit the amount that our kids are being exposed to in schools? So, that one looks like it’s going through also.

I haven’t worked on this one, but there still seems to also be movement on the SB 770, the Health Care for All bill.

And I thought it was important that we had the needlestick injury bill pass so that providers, if they have an accidental needlestick with a person who’s unconscious, that they would be able to get immediate blood draws to check for HIV. I thought we might have problems with that bill, but it seems like everyone was on board. So, that’s another one of my bills that went through.”

EB: With less than a month left in session, obviously the budget is a huge lift. Are there any other big bills related to health care that still need to be pushed through?

EB: I also wanted to talk about bills that died this year that you’re disappointed about.

LMA: “Ok, well let’s see. We had a dialysis bill where, you know, the Kidney Foundation pays for premiums for people who need dialysis. And it’s very well-known that dialysis centers, I forget how many we have in Oregon, they contribute a lot to the Kidney Foundation. Then they reap the benefit of these patients who are having their health care paid for by carriers.

So, in those facilities, their reimbursement is higher than the normal Medicare reimbursement is supposed to be. So, that [bill] is dead, but I want to work on it in the interim to see if we can come to some agreement… We want to protect the individuals so that their coverage is not jeopardized when their circumstances change.”

EB: I spoke with Rep. Salinas early on in session before she had introduced the Medicaid buy-in bill (HB 2009) which you are also a chief sponsor on. I recently saw another bill (HB 2012) related to public option that also has your name on it. What is the status of those bills or topics within the Oregon Legislature?

LMA: “HB 2009 was one of my bills and it is dead. And then HB 2012 is in Ways and Means, the Medicaid buy-in. So, again, even though we keep bugging our Co-Chairs on what’s happening to these bills, they haven’t been able to get back. At least with the Medicaid buy-in, I know it’s still active and no one has told me that it isn’t, but it just hasn’t gone through the system yet.”

EB: In thinking about public option… that has been a hot topic in state legislatures across the country this year. Is there interest in that in Oregon?

LMA: “Well, I’m interested in it. I really am interested in a public option, but for some reason there isn’t a whole lot of fire under some of these people to support something like that. And I certainly am not going to go out if I can’t get my colleagues to support something like that. Once we’re [done with the 2019 session], we’ll see what kind of workgroups are formed of the bills that didn’t go forward, and how we can maybe work on it to see if any of them have a possible chance in 2020. Or we’ll see if they have to wait until 2021.”

EB: That kind of leads into my last question for you. What are some of the big health care challenges that still exist in Oregon? And looking forward, what kind of work do you see yourself doing in the interim?

LMA: “Well, of course, the funding is always the big issue here. But implementation of the CCO model — especially with CCO 2.0 and the emphasis on mental health and on social determinants. I really want to follow those things because I’m not satisfied at all yet with some of the services that are not being provided at the CCO level, particularly, related to mental health and the LGBTQ community. I’m very concerned that the CCOs aren’t keeping up to speed with actually meeting the needs of some of these special groups. And that includes people of color, etc.

So, we’re going to have to really look at and see what the metrics are going to be. The contracts are coming now and we’ll be able to look at what kind of metrics there are for mental health and other social determinants. I have complained with OHA regarding these because I didn’t think that we were strong enough [on these issues] with what was presented in the contracts for CCO 2.0. Some of the things that they said haven’t really shown up in the contracts. But those are just things that I want to follow up on in the future to make sure that they really are responding to the needs of the communities and patients.”

EB: Anything else we haven’t talked about that you want to highlight?