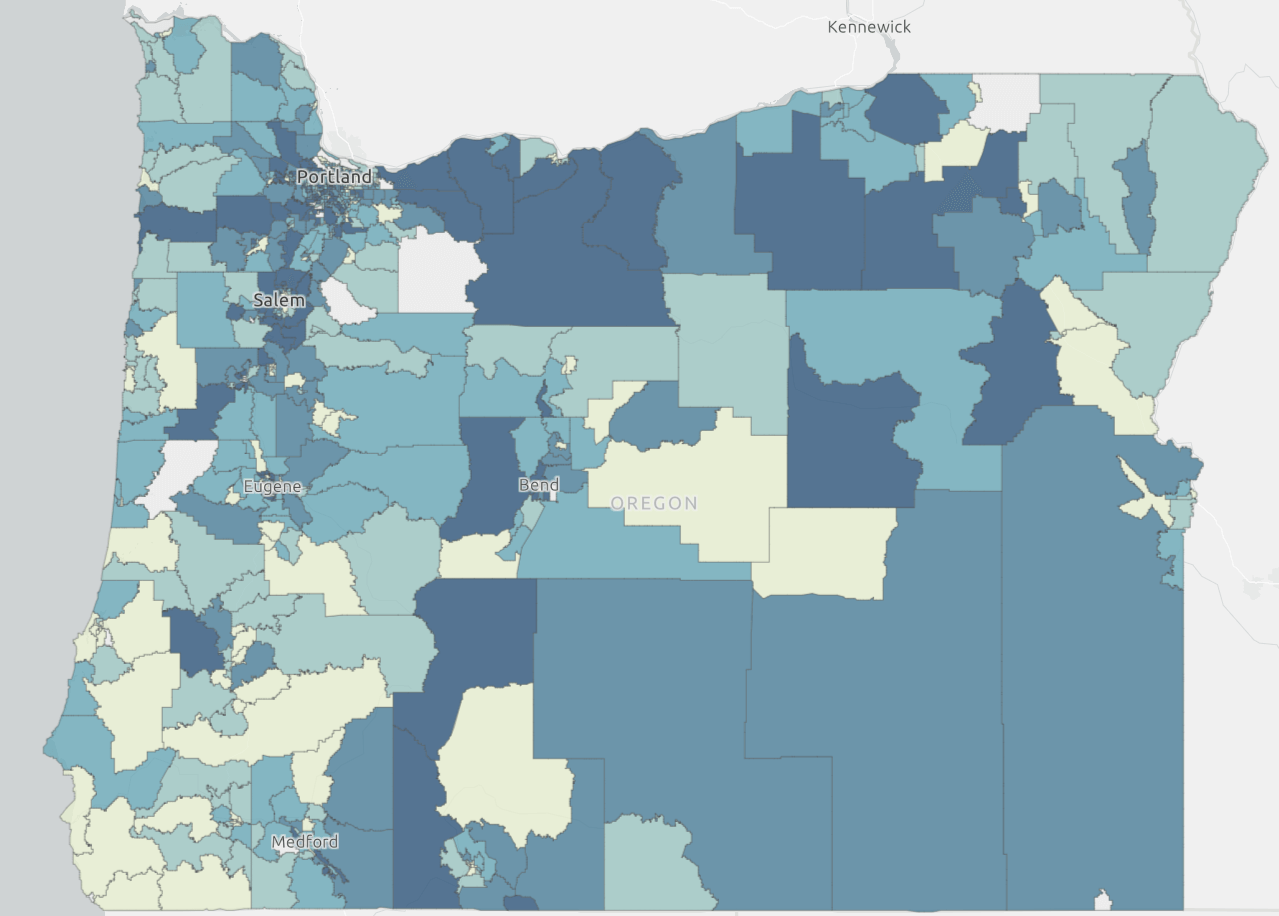 OHA analyzed the report from the U.S. Small-area Life Expectancy Estimates Project (USALEEP), a collaborative effort by the National Center for Health Statistics, the Robert Wood Johnson Foundation, and the National Association for Public Health Statistics and Information Systems. It showed that, while life expectancy at birth was 79.6 years for the state overall, it ranged nearly 23 years depending on neighborhood.

“The report… shows the highest life expectancy at birth in Oregon is 89.1 years, in a section of northwest Portland that hugs the southern border of Forest Park,” OHA said in a press release. “The lowest life expectancy in the state—66.2 years—is in a part of central Medford running along the west side of Interstate 5.” 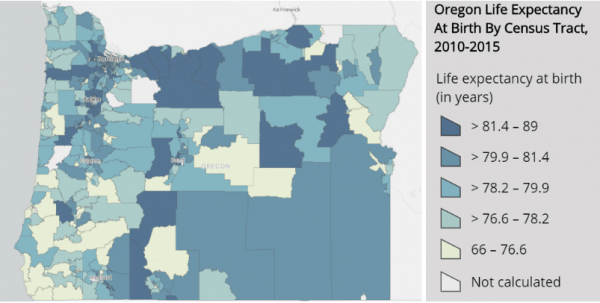 This accompanying interactive map shows that even within counties and cities, USALEEP found wide disparities in life expectancy. For example, life expectancy was 74.5 years in one part of Salem, and 80.5 years in another. 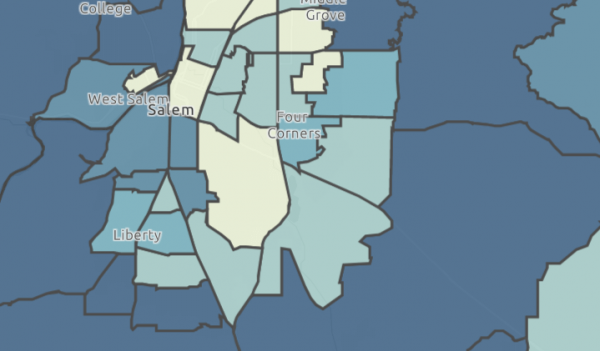