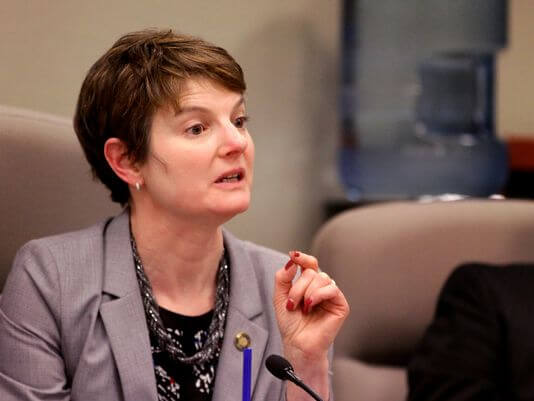 Sen. Elizabeth Steiner Hayward spent some time on Gov. Brown’s budget this morning on “XRAY in the Morning.”

Sen. Steiner Hayward was named yesterday by Senate President Peter Courtney to be the Co-Chair of the Ways and Means Committee for Human Services.  She’ll be leading the Senate’s budget writing on issues like funding CCOs in this budget cycle.

Most of her comments on the show were related to non-health care issues but she makes an important point about the impact of the federal match on Oregon’s budget challenges.

So much of our health care budget and our human services budget depend on federal dollars.  Even minor changes, which is what we’re seeing in our pre-ACA Medicaid population,  in our (federal) match rate, make an enormous difference.  About 1/3rd of our current deficit at the Oregon Health Authority comes from a minuscule change in the federal match.

This is really an important point.  The impact of the federal contribution to the Oregon budget is significant.  And, if the Trump administration makes major changes to these dollars – a likely scenario under any block grant proposal – it could exacerbate the shortfall in Oregon’s budget.