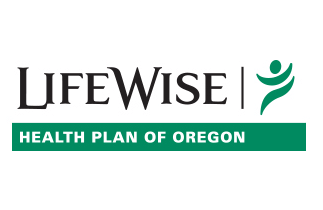 Current customers will continue to Be served during transition

PORTLAND, OR– LifeWise Health Plan of Oregon today announced its decision to exit the Oregon market. LifeWise Oregon will support existing customers through the duration of their current plan year, with most plans ending by December 31, 2016.

LifeWise Oregon is choosing to exit the Oregon market after careful and thorough consideration of current and projected market conditions in the state.

“Our focus is on making this transition as smooth as possible for our customers,” said Majd El-Azma, President and CEO of LifeWise Health Plan of Oregon. “We will continue to provide excellent service to our nearly 50,000 customers while they remain with us. We have the financial resources to ensure we can support our customers and meet our commitments to them during this transition,” he concluded.

“We have made considerable efforts and investments in the Oregon market that effectively served our customers. In spite of that commitment, LifeWise Oregon has experienced substantial membership and financial losses over the last ten years,” said Jeff Roe, President and CEO of LifeWise Oregon’s parent company. “As we looked ahead, given LifeWise Oregon’s relatively small size and the market conditions in Oregon, we decided to focus on our other markets, where we serve more than two million members. In those markets we are well positioned to serve our customers and make healthcare work better.”

Additional information can be found at www.lifewiseor.com.

About LifeWise Health Plan of Oregon
LifeWise Oregon is member of the Premera family of companies. LifeWise Oregon does not provide Blue Cross or Blue Shield products or services. Additional information can be found at www.lifewiseor.com.