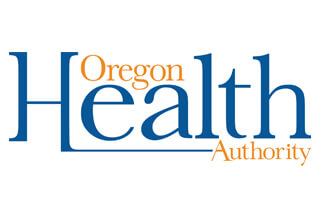 The Oregon Health Authority (OHA) presented FamilyCare with a plan for resolving the more than $55 million in rate overpayment FamilyCare received in 2015 for providing care to Oregon Health Plan (OHP) members. OHA offered a monetary settlement to address FamilyCare’s dispute that it had the most significant rate difference, when revised 2015 rates were implemented to address concerns with the original 2015 rates. This plan also would allow FamilyCare to have an extended period to make the necessary repayments, through December of 2018.

In exchange, FamilyCare would agree to reimburse Oregon for the remaining overpayments; drop its lawsuit challenging OHA to revise rates set for FamilyCare; and agree that they should not have a separate or different rate methodology than other coordinated care organizations (CCOs).

OHA also has provided FamilyCare a notice of breach of contract in the event the two sides are unable to reach an agreement. OHA has been advised by the federal government’s Center for Medicare and Medicaid Services (CMS) that FamilyCare does not have a valid 2015 or 2016 contract in place. Without a CMS-approved agreement in place, FamilyCare is not in compliance with its state contract to provide coordinated care to Oregon Health Plan members in the tri-county metro region or to receive federal funding for those services. Despite the lack of CMS-approved contract, OHP members will continue to receive their health plan benefits and are not at risk of losing coverage.

Lynne Saxton, director of the Oregon Health Authority said, “This is a reasonable solution that allows FamilyCare and OHA to move forward and focus on serving Oregon Health Plan members.”

At the request of Oregon’s coordinated care organizations and with CMS approval, OHA redeveloped the 2015 rate methodology and in August 2015 issued revised rates. Based on those rates, FamilyCare was liable to return more than $55 million in overpayments. All 15 other CCOs have signed the 2015 contracts with revised rates based on the new rate-setting methods. Family Care is the only CCO that has not reimbursed, or began a plan to reimburse, the state and federal government for its 2015 overpayment.

“We have a responsibility to protect the health and well-being of Oregon’s most vulnerable citizens — Oregon Health Plan members,” Saxton said. “OHA’s proposal is in line with the expectations of Oregon’s federal partners, as well as the long-term financial sustainability of our health care system. Now it’s time to move forward and prevent any further worry or disruption for OHP members.”

Oregon’s Medicaid program is funded approximately three-quarters through federal taxpayer dollars and one-quarter through state funds. Funding for a settlement is not available through federal dollars.