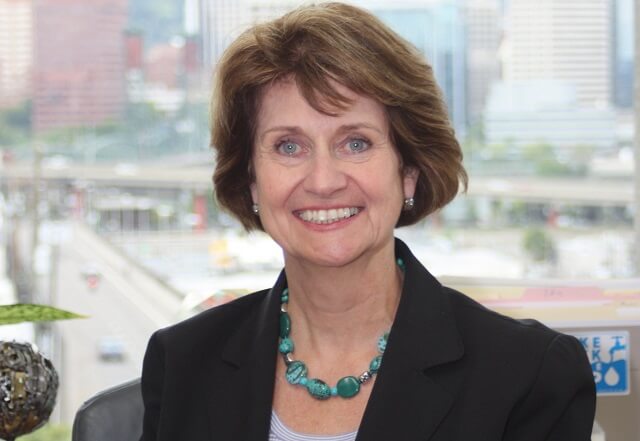 Interview: Lillian Shirley on the public health transformation in OR 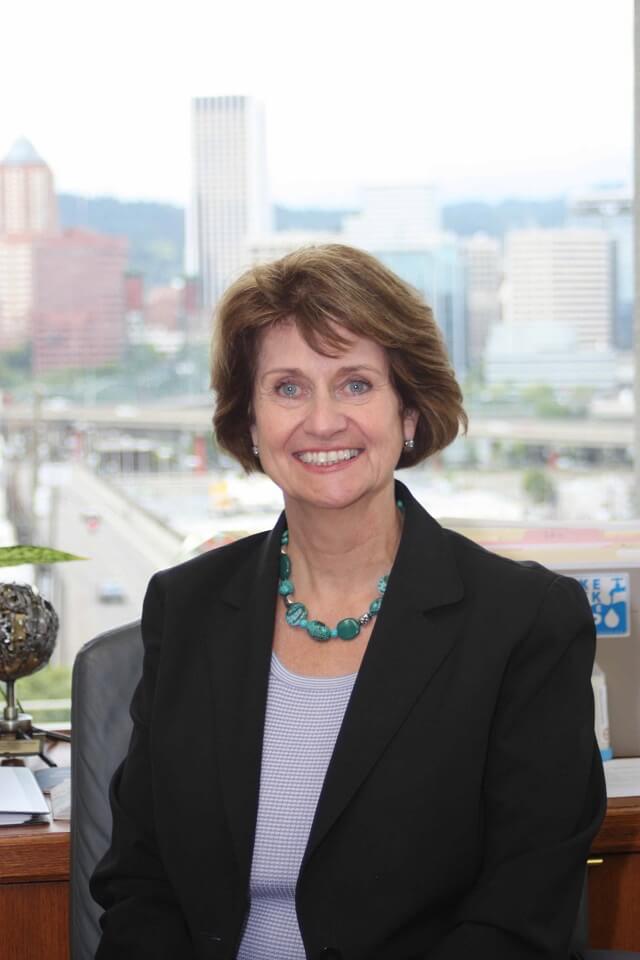 Lillian Shirley, Public Health Director at the Oregon Health Authority, joined State of Reform to talk about the significant public health modernization effort that has already begun this year with the passage of House Bill 3100. The bill passed with an emergency clause in the 2015 legislative session, which means it’s effective immediately.

HB 3100 paves the way for a system change in the scope and definition of governmental public health. Established initially to prevent the spread of communicable disease, the role of the public health system has evolved over the years, according to Shirley. Yet nationally these entities still perform programmatic work.

Now Oregon is envisioning a role for public health that supports the integrated efforts of hospitals, CCOs, and care providers statewide.

JJ Lee: Thanks for joining us Lillian. Talk to us about HB 3100 and how this bill could be a ‘game changer’ for your division and public health initiatives statewide?

Lillian Shirley: From the very beginning, we understood that the definition of public health is that we are the “demand reduction instrument” of this continuum of care. Public health is not what you get when you go through the door for care but tries to help you not need to go through that door. That was always in the vision of Oregon’s transformation—once we had accountable metrics and a structure, which we achieved through the CCOs—to track what we’re doing and who is doing it in a way that no one in the nation has at that level of integration.

So the next step is how to get beyond clinical prevention. That’s where public health comes in. But the way that the public health system has been designed nationally is [to react] to things coming up—an outbreak for example. Government will get together and say we need to do something about this.

What I see as modernization is that Oregon is really trying to figure out given the twenty-first century—what we know about technology, how things are paid for, and the different care models—what is the role of public health?

So public health may not need to perform certain roles any more, but what we do need to do is protect the population. As you know, most morbidity now comes from chronic disease not communicable diseases.

The bill that was just passed came out of a task force that was ten to eleven months long that was legislatively appointed with members from the academic and private sectors as well as two legislators. They spent that time asking “what do we need to do to prepare this health system to complement and add value to Oregon’s transformation?”

That task force came up with a report that became the bill which is now state law. This is not a one-off; this is trying to modernize the public health system.

I think [public health modernization] is as innovative as our CCO model, our global budgets, and our innovation of dental care and mental health care. 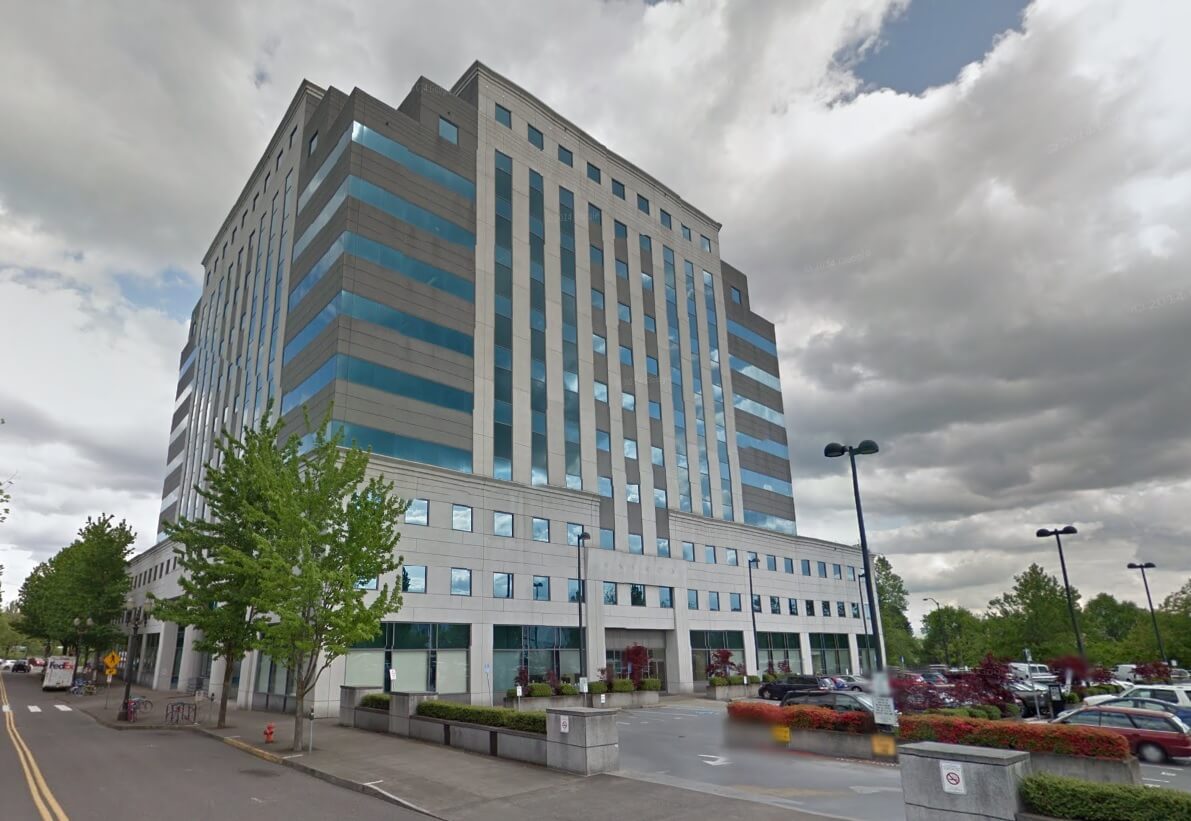 JJ: How does modernization work hand-in-hand with Senate Bill 440 to streamline health metrics?

LS: SB 440 mandated changes to the health care metrics that are measured through the insurance claims data. So they are looking at numbers of things that happened and people who have already gotten care.

We’re tracking the way that care is delivered in the clinical system and trying to decide—these are the incentive measures, how are our 16 CCOs doing? But it’s beyond the CCOs really, we are looking at this and asking how is the population’s health getting better or [staying the same]?

For every single county in Oregon, we track about 50 indicators of health, including root causes of social determinants of health. For example, what is the poverty level or what is the age distribution? If you are looking at the care system, you want to know that everybody got immunized, but we can tell you across the state where those immunizations have happened and where there are diseases that have not been avoided. The issue of equity in populations is there with some not achieving the goals that we have for the population as a whole.

We are trying to track how the service delivery works. We are working very closely with the Oregon Health Leadership Council because with all this work going on, we can tell you who is doing what so there aren’t a lot of duplicative efforts.

But there are some things that we do want to see duplicated. Those are the community health assessments and the improvement plans that both state public health and all the local health departments, all the CCOs, and all not for profit hospitals have to do. We’ve done a crosswalk. Lynne Saxton said to me, isn’t there duplication? And I said, yes, isn’t it wonderful?

JJ: Before the passage of the modernization bill, there was some debate (Sen. Laurie Monnes Anderson called it a “turf war”) with counties over regionalization and representation. How are these issues being worked out?

LS: I think we’ve made a lot of progress. I think that the way that the legislation came down, the last child was much better than the first child. This is Oregon; we believe in local control and local input.

When the thought of a task force to modernize the health system was brought up, one of the legislative leaders was Rep. Greenlick. When he started, he said—we don’t have enough money in these small rural areas. They need to regionalize. We have 36 counties and 34 health departments. That set off a fire alarm, if you will.

Right now we’re in the process of defining [our goals], assessing where these can be met around the state. We’re agnostic to who does it, but if you don’t have that capability and you can’t afford it in your county, I would say start looking for friends. For instance, maybe three counties share an epidemiologist.

We’re letting county commissioners figure out how they want to meet that goal of the foundational capabilities and deliver. We will be monitoring their success back to the data and know if the needle is moving in the right direction or not. 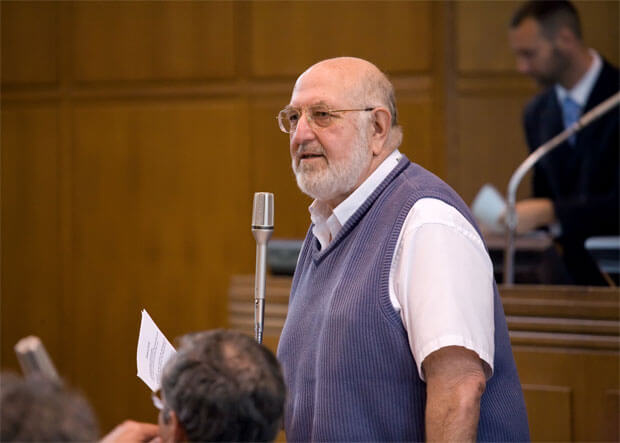 JJ: A lot of other states are watching Oregon’s innovation, and public health modernization is no exception, it seems like a huge lift.

LS: I like to use the phrase, “We’re always all in!” Oregon doesn’t sit at the edge of the pool. Somebody blows a whistle, and we jump in.

JJ: Very true, but is there worry with the public health transformation deliverables and the metrics project that we’ve bit off more than we can chew?

LS: That’s a great question. I’ll give you my perspective on it. The truth is that we have to be deliberate about this work. Try it out with a pilot in Central Oregon. We have to measure it, see where we are going. We don’t want unintended consequences.

That being said, I believe that most of the work being done nationally is programmatic. I believe that the big change in Oregon is that we are making system change.

We are jumping in the pool, but we are checking to see how many people got wet. Can everybody swim? Some people will need more assistance than others in getting us where we are going. But I think we are doing the right thing.

Over and over again what we see is organizations don’t think big enough, and they don’t bite off a big enough piece of the pie. So we get one piece [of health care] figured out and then the system is just sitting there same-old, same-old.

Am I afraid? Yes, I am afraid. But that I think that courage is understanding that something else is more important.

JJ: Thank you for talking with us, Lillian.