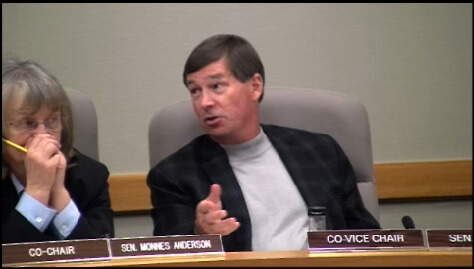 As Cover Oregon prepares for its dissolution, now set for June 3, 2015, and absorption into the Department of Consumer and Business Services (DCBS), legislators are concerned with keeping it clear that Oregon is a state-run exchange and not a federally-facilitated marketplace. Any confusion on this point could put significant tax subsidies at risk depending on the outcome of the Supreme Court’s King v. Burwell case.

Oregon received approximately $116 million in tax subsidies this year, according to Patrick Allen, director of DCBS. Projecting for growth in enrollment, the department anticipates $988 million in tax credits by 2019. However, if the Supreme Court rules tax subsidies unconstitutional for federally-facilitated marketplaces, Oregon must be absolutely clear that it is a state-run exchange or risk losing these funds.

“Preserving access to those tax credits is pretty critical. Whatever we do, or regardless of what we do, we need to pay attention to this lawsuit,” said Senator Brian Boquist (R-12). “So whatever tweaking we do, it [needs to] stay a state exchange. I don’t think anyone wants to be voting for a $116 million mistake again.”

Senator Alan Bates (D-3) also wondered if the language of the Senate Bill 1, which would disband Cover Oregon and transfer control to DCBS, preserves the intention of Oregon to have a state-run exchange using federal technology.

Allen assured legislators that DCBS is committed to keeping Oregon a state-run exchange and that six “improvements” have been made to the bill at the recommendation of the Department of Justice to clarify that point.

“Our position is that this is state-based exchange. It has always been a state-based exchange to date, irrespective of its use of federal technology,” said Allen. He confirmed his understanding of the significant financial loss the state would face if it were to “throw up its hands” and become a federally-facilitated system.

The bill authorizes DCBS to contract directly with the federal government for IT services. In fact, there is no specific budget item in the bill that allows for DCBS to undertake its own IT development project. Allen said that this item is just as well, as “common sense” would keep him from such a project.

All eyes will be on the Supreme Court, which is set to hear King v. Burwell in March and will likely make a decision in June, around the same time Cover Oregon transitions.

“It’s really hard to guess what the Supreme Court is going to do,” said Sen. Bates. “If they stay within the confines of the case that’s before them, which isn’t an exchange version that we have, we’re fine. I don’t know if they are going to go beyond those parameters.”

The Joint Committee on Health Transition will review a detailed fiscal report of the Cover Oregon transition before Monday, Jan. 9.