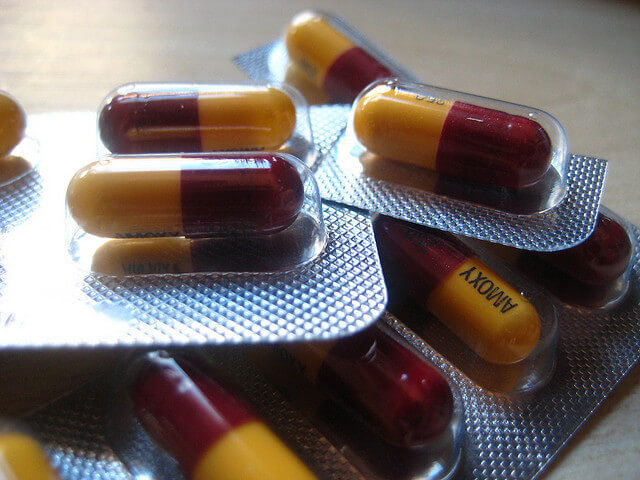 Dangerous resistance still a problem due to continued misuse.

Oregon public health officials are seeing less resistance in bacteria most responsible for serious respiratory infections such as pneumococcus, thanks to the state’s low antibiotic prescribing rates, they say.

But people continue to misuse antibiotics, and that can lead to dangerous and potentially deadly drug resistance, says Ann Thomas, M.D., a public health physician in the Oregon Health Authority’s Public Health Division, and medical director of its Alliance Working for Antibiotic Resistance Education (AWARE) program.

“While Oregon is doing well compared with other states, we’re still seeing antibiotics being used to treat bronchitis and the cold, which is not appropriate,” Thomas says. “Such misuse promotes the development of antibiotic resistance to common respiratory infections, which can turn them into difficult-to-treat infections.”

In a 2013 report, the U.S. Centers for Disease Control and Prevention (CDC) estimated that each year in the U.S., resistant pneumococcus causes 1.2 million infections, about 19,000 hospitalizations and 7,000 deaths.

Oregon health care providers are doing their part to reduce excessive antibiotic prescriptions and keep levels of resistance low in Oregon. In 2012, only 1 percent of serious pneumococcal infections in the Portland area were resistant to penicillin, Thomas says. Clinicians can continue to help keep Oregon’s rates low by taking time to educate patients about antibiotic resistance and the possibility of serious side effects, including allergic reactions that result in a rash and anaphylaxis, that send thousands of patients to the emergency room every year.

However, Thomas is concerned about continued misuse of antibiotics for certain common infections. Oregon’s medical and pharmacy claims database shows that broad-spectrum antibiotics – drugs that can be used to treat a wide variety of different bacterial infections – were used on 55 percent of upper respiratory infections in 2011. They also were used in a majority of cases of bronchitis and the common cold – 90 percent and 66 percent, respectively – although those conditions rarely require treatment.
And the older you get, the more likely you are to be inappropriately prescribed these types of antibiotics. Only 34 percent of children 5 and younger in Oregon received broad-spectrum antibiotics for upper respiratory tract infections, compared to 40 percent of kids ages 5 to 17, and 72 percent of people aged 18 to 64.

As part of its ongoing effort to urge consumers to help reduce inappropriate use of antibiotics, AWARE, with CDC funding, is taking part in “Get Smart About Antibiotics Week” this week – November 17-21. AWARE is partnering with the Oregon State University College of Pharmacy to offer educational information and activities promoting appropriate antibiotic use and hand hygiene during a free public event called “AWARE on the Square,” set for 8 a.m. to 5 p.m. Friday, November 21, at Pioneer Courthouse Square, 701 SW 6th Avenue in downtown Portland. They also are providing free flu vaccinations for uninsured adults from 7 a.m. to 4 p.m.

Antibiotics are ineffective for treating viruses such as colds and the flu. Taking them when they’re not needed or not as prescribed increases a person’s risk for later antibiotic-resistant infections, which are more difficult to treat. These infections also require stronger antibiotics that may cause serious side effects.
Consumers also should avoid pressuring their providers to prescribe antibiotics for colds and the flu. Those who are appropriately prescribed antibiotics for bacterial infections, however, should take every dose, even if symptoms improve, since not doing so contributes to drug resistance. And they should not share antibiotics with others; someone who takes antibiotics not prescribed to them can experience adverse reactions.