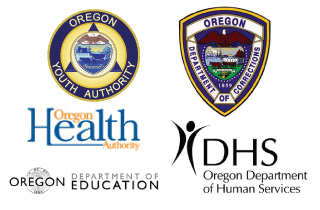 The Department of Corrections (DOC), Oregon Youth Authority (OYA), Department of Human Services (DHS), Oregon Health Care Authority, and Oregon Department of Education will share data to analyze the entire system and develop a list of risk factors that may indicate children at risk for poor life outcomes.

Currently, DHS uses anecdotal evidence to identify answers to these questions, but the data-sharing among agencies will allow the agency to conduct a more analytical risk assessment of children, similar to assessments used to determine to likelihood of whether an adult criminal offender will recidivate. OYA has also used predictive analytics to gauge future behavior.

Of course, the government’s collection of data often raises privacy concerns, but Oregon will not be able to analyze an individual child. Instead, only aggregated data will be analyzed to determine risk and helping factors that may indicate outcomes. The project results will be similar to how medical diagnostics are created: by analyzing thousands of heart attack patients, doctors created a list of risk factors that indicate an increased risk of a heart attack. No one can predict the future with certainty, but the new, cutting-edge agreement will pool agency data to identify key behaviors in children that will indicate whether a particular treatment or intervention will likely be effective.

By focusing on children, the project’s goal is preventing poor life outcomes. According to DOC Director Colette Peters, “Using data to inform early intervention policies for children and families could be a revolutionary approach.”