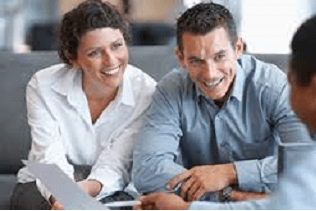 That is less than the 45-percent average increase requested by 23 companies that sell LTC insurance in Oregon.  But it is still a sizeable jump in premium rates for the type of policies that people use to help pay for care they need as they get older, whether it is care at home, in an assisted-living facility, or in a nursing home.

Some carriers requested much higher premium rate increases than they will be allowed to charge customers.  The highest increase request came from AF&L Insurance Company, which asked for a 99-percent average rate increase, according to a chart recently released in a consumer alert issued by the Insurance Division of the state Department of Consumer and Business Services.  For that company, which has 20 policyholders in Oregon, a 30-percent increase was approved instead.

On the other hand, some companies got the full increase they requested.  For example, Allianz Life Insurance Company of North America, with 1,141 policyholders, got the full 25-percent increase it requested.

The rate increases affect about 30,000 Oregonians, according to the Insurance Division. Several other rate increases are pending. Consumers will be notified by their insurance company at least 45 days before an increase takes effect.

The Insurance Division notes in its consumer alert that insurers nationwide have been raising rates for LTC insurance over the past several years, which is attributed to “the fact that policyholders kept their policies longer than expected and are living longer than projected, using more benefits.  In addition, low interest rate returns are not keeping pace with increases in the costs of long-term care services.”

A recent article in the Wall Street Journal notes that buying LTC insurance is a tricky decision facing many baby boomers and that about 70 percent of people ages 65 and older are expected to need long-term care of some kind.