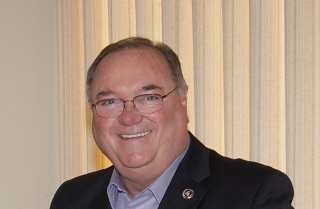 Jeff Heatherington is one of the most colorful characters in Oregon health care.  In 1984, he founded FamilyCare, Inc. — one of the first Medicaid programs established in the state of Oregon.

As FamilyCare’s president and CEO, Heatherington oversaw its transition to a fully capitated plan when the Oregon Health Plan began in 1994.  More recently, he led its transformation to a coordinated care organization (CCO).

Heatherington’s “no-nonsense” reputation and his experience leading FamilyCare—including integrating physical and mental care back in 1996—gives him the ability to speak his mind…something he doesn’t shy away from.

Amanda:  During the Legislative session, your efforts, supported by House Speaker Tina Kotek, D-Portland, to put language into a bill requiring Oregon Health & Science University to accept all Medicaid patients, including FamilyCare’s, turned into quite the public kerfuffle.  What’s the update on that, and where does it leave your patients?

Turns out, once you raise a ruckus in public, some things appear to go away.  We have not had any denials from OHSU for about three weeks.  They just looked plain stupid.  A hospital denying care never plays well.

Amanda:  How has FamilyCare’s transition to a CCO gone?

For us, it’s fine.  We were pretty well integrated in the first place.  As we go forward, adding new services that we haven’t had before, like non-emergent transportation, will probably be more difficult for us.

Amanda:  In what way?

That’s just a system that we’ve never dealt with.  It’s sort of like adding deep-frying to a grill restaurant.  We’re trying to negotiate with TriMet or private entities on who will provide the transportation services, and the rates.  That was all handled by the state before.  Part of the problem is that the state is not forthcoming about what their payment methodologies are in these services.  That has been a problem since day one.

Amanda:  Is it that the Oregon Health Authority doesn’t know yet what rates are?

Heck yes, they know.  In my opinion, they don’t tell us what the costs really are because they want us to come in lower.  But it means we’re flying in the blind about what it costs.  The [Oregon Health] Authority is just barreling ahead with a lot of changes.  We’re getting to the point of saying that we need a little breathing room and let some things settle.

Amanda:  FamilyCare is the smaller of the two CCOs in the Portland metro area.  How do you compare to Health Share of Oregon?

Now you’re going to get me into trouble (laughs).  The competition thing has not been really problematic.  In terms of new enrollees, it’s about a fifty-fifty split.  In terms of differentiation, we have one integrated system.  Health Share is a collaboration of four different health plans on the physical side.  Frankly, I don’t think running four independent systems and calling it a CCO is what CCOs are all about.

Amanda:  One thing all CCOs are doing this year is integrating dental care.  How will integration affect a patient’s experience?

The biggest challenge is holding the bridge between disciplines.  The whole issue of co-location [i.e., having different providers practice in the same physical location] is nice to talk about.  It presumes there is enough business within that doctor’s office for the individual to make a real practice.  And just because you have a mental health worker in a particular office doesn’t mean that person is the best person to treat a patient.  That gets ignored a lot in the conversation.  The relationship between the patient and the provider is what makes the whole system work.

We’ve gotten a little over 40,000 new enrollees.  As for access to care, so far, we’re okay.  We budgeted for X, and we’re getting about 30% more than X.  If the enrollment keeps climbing, we’re going to run into some issues.  A year ago, we raised our primary care payments.  We’re going to do that again in the next two or three months.

Amanda:  What made you decide to do that?

Amanda:  In the past, FamilyCare has emphasized creating targeted programs for at-risk mothers and pregnancies, and as a CCO, you guys have identified “transition aged youth” as a subpopulation worthy of targeted services. Why those groups?

You give people with a lot of medical needs the care they need, you prevent an awful lot of problems down the road.  In our population mix before January, we had about 30 percent adults, and 70 percent kids.  Now, with the influx, we have 55 percent adults.  A lot of our focus is going to go into alcohol and drug treatment, mental health treatment and dental care.  When the Oregon Health Plan started in 1995, the biggest problem people had was getting their teeth fixed.  Dental care will be a big thing in the next 18 months.