OR: Still Undecided on Extending Non-ACA-Compliant Plans a 2nd Time 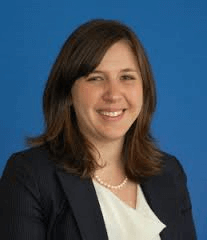 When the Obama administration announced last year that state regulators could allow insurance plans that are notcompliant with the Affordable Care Act’s regulations to be offered through the end of 2017, Washington Insurance Commissioner Mike Kreidler took prompt action, immediately announcing he would not make such an allowance.

But Oregon Insurance Commissioner Laura Cali has yet to make her decision.

Among the factors that could influence her decision are the variety of options consumers have to enroll in qualified health plans (QHPs) as well as Cover Oregon’s uncertain future and continued inability to enroll people into QHPs via its website.

But possible adverse impacts on the market have dominated the conversations about whether it’s beneficial to continue non-compliant plans in Oregon.

It’s something Patrick Allen, the director of Oregon’s Department of Consumer and Business Services (DCBS), alluded to when he wrote to legislators when they considered legislation allowing the Oregon Insurance Division to extend non-compliant plans through 2015.

He cautioned that the plans’ continued existence creates an “unanticipated parallel market.”

The plans are subject to pre-ACA insurance rules and regulations. That means, with the concurrent existence of non-compliant plans and QHPs, there are two sets of insurance regulations the Insurance Division has to enforce, and carriers need to follow.

Such plans could impact enrollment through Cover Oregon into qualified health plans (QHPs), because they tend to be cheaper, and could therefore draw younger, healthier people away from enrolling in QHPs. That, in turn, could impact the risk pools and rates of QHPs.

Cali permitted non-compliant plans to continue through 2014 when the Obama administration initially reacted to the Affordable Care Act’s bumpy roll out last fall.

“Senate Bill 1582 gives insurers the option of continuing transitional plans through 2015, so Laura doesn’t need to make a decision there. It is up to the insurers,” Morawski stated in an email to State of Reform.  “Laura will, however, make a decision about whether to allow extensions beyond 2015. There is not yet a timetable for when she will make that decision.”

If Cali does decide to allow insurers to continue offering non-compliant plans, some think they’re not likely to significantly impact Oregon’s overall market.

The only people who can pick those plans in the future are consumers who already have them.

“A new consumer couldn’t buy one of those,” Graven says. “It’s not part of their market. Those plans are a one-way street. There’s very little future in [them].”

But he also said the fact that Cover Oregon will be the only place to receive tax subsidies and credits for QHPs will be a strong pull for consumers.

“If you’re eligible for it, that’s where you want to go,” he said.