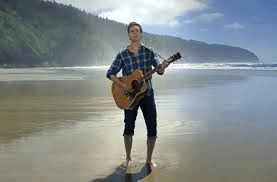 Cover Oregon Board Makes Way for the Feds 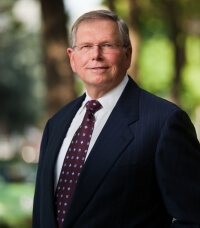 There were a lot of glum faces at the Cover Oregon board meeting today, which was “live-streamed” for the public by  Portland TV stations.

In the span of about an hour, board members heard some compelling reasons that management of the Qualified Health Plan (QHP) enrollment in Oregon should be transferred to the Centers for Medicare & Medicaid Services (CMS), which runs the federal exchange.

The case was made by Cover Oregon’s acting Chief Information Officer Alex Pettit and turn-around expert Clyde Hamstreet, who was recently hired as interim executive director.

They explained to the board that Cover Oregon’s IT advisory committee had initially considered three options: adopting functioning technology from another state, fixing the current technology using a new vendor, or using the federal exchange technology.

The group eliminated the first option because a state system transfer has not been successful anywhere to date.  Where it has been tried, Maryland, the cost is estimated to be $45 million – which Cover Oregon does not have.

That left the other two options.

The problem with fixing the current technology, said Pettit, is that it would require an aggressive timeline that would introduce substantial risk with little margin for error.  Even if done quickly, not all functionality would be completed by the start of the next open enrollment period on Nov. 15, 2014, and the cost — estimated to be $78 million — would exceed available resources.

That left moving to the federal exchange for QHP eligibility and enrollment, which Deloitte has estimated would cost between $4 million and $6 million. Medicaid eligibility determination would be transferred back to the Oregon Health Authority.

Moving to the federal exchange is “the lowest-risk option,” ensures completely functionality by November, and can be done within available resources, Pettit told the board.

He also acknowledged that not all carriers currently offer plans through Cover Oregon are ready to move to the federal technology. “Several carriers will have to decide if they want to adapt to the federal system,” he said.

Pettit said the IT advisory group concluded that using the federal website technology would be the most reliable, least costly option to providing a working website by November 2014.

The board unanimously approved the recommendation.

The next step is for Pettit, Hamstreet and others to meet with CMS officials next week in Washington to work out the contract.

Hamstreet noted during the meeting that this change “will have an impact on employees” at Cover Oregon.  There are about 190 permanent employees and another 270 temporary employees who process claims. “There are employees here working hard,” he said. “But even so, we’re going to have to do some reductions in force.”

Hamstreet said he will have a recommendation for the board at its next meeting, scheduled for May 8th.