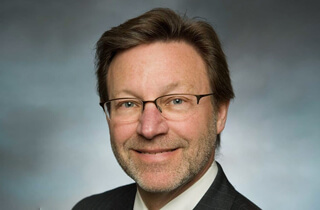 It hasn’t been an easy year for Oregon’s Health CO-OP.

As one of two member-governed health plans established in Oregon as a result of the Affordable Care Act, the Health CO-OP hoped to get most of its first-year enrollments through the state’s new insurance exchange.

But that hasn’t worked out so well.

In the individual market, the Health CO-OP accounts for just one percent of enrollments in qualified health plans (QHPs), according to data recently released by Cover Oregon.

In the small-group market, results have been worse, since Cover Oregon’s website problems have prevented anyone from enrolling in small-group plans through the exchange.

“Our numbers are not what we hoped they would be,” said Health CO-OP President and CEO Dr. Ralph Prows.  “Honestly, for us, it means that channel for enrollment is a trickle.  We have to move around that and find alternatives.”

Without giving specific numbers, Prows said the Health CO-OP doesn’t expect to meet its enrollment projections by the end of the open enrollment period on March 31.

As a result, Prows said, the Health CO-OP has “considerably” changed its business plan to target enrollment outside the exchange – particularly in the small-group market.

To entice small businesses, the CO-OP is lowering its rates for small-group plans by 13.1 percent – a significant cut.

The Oregon Insurance Division approved the rate decrease in December 2013, and the new rates will take effect on April 1.

Prows said the Health CO-OP will also offer the lower rate to small groups that have already enrolled in the CO-OP’s plans.

Rates for small group plans are approved quarterly, and small businesses are able to enroll in health insurance throughout the year, whereas individuals can enroll only during certain open enrollment periods.
Prows also said the Health CO-OP won’t increase rates in 2015.  He said he believes the CO-OP’s small-group plans are some of the most affordable in the market.

Shifting more of its focus to small business enrollment could be a boon for the Health CO-OP, since small business owners have made clear they are looking for health insurance options that are more affordable.

Cover Oregon’s ongoing dysfunction could mean that whoever can step up to offer affordable insurance to the small-group market outside the exchange may find a ready following.

But that remains to be seen.

“They’re not rushing into the market,” Prows said. “Seeing the reduction might get some of them more interested.”

Boosting enrollment is crucial if the Health CO-OP is to continue to exist, but not just for financial reasons.  The CO-OP’s board of directors is made up of member representatives and makes decisions about rates, health benefits and other issues.

Prows also said the Health CO-OP plans to announce that “a couple of large business associations” will be enrolling in its plans during the next couple of months, and he’s cautiously optimistic that the Health CO-OP will become financially viable.

“We’ll hit our enrollments, I hope, but it won’t be relied heavily on Cover Oregon,” he said.