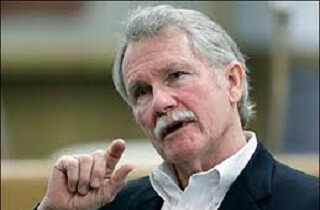 (Salem, OR) — Governor Kitzhaber today released an independent assessment of Cover Oregon produced by the company First Data. The report, based on 67 stakeholder interviews and the review of more than 3,200 documents, assesses the ongoing technical problems with the development and rollout of the health insurance exchange website. The Governor discussed the report’s findings while announcing steps he is taking to ensure that Cover Oregon delivers for Oregonians.

“I am taking a number of steps to put Cover Oregon on a path to help deliver on a promise to Oregonians that I have been pursuing now for 25 years: access to quality and affordable health care,” said Governor Kitzhaber. “My longstanding goal is to ensure that every Oregonian who needs insurance coverage has the opportunity to enroll through the exchange or directly with a health plan. I am equally committed to ensuring that the problems we have experienced here do not happen again.”

The Governor called for the independent, third-party review of Cover Oregon in December 2013. First Data began its assessment in January, and the full, un-redacted report was released today on the Department of Administrative Services’ website. “Oregonians deserve accountability for the public investment made in this technology,” the Governor said. “It is critical that we learn from this project and adopt whatever changes are necessary to improve project management and safeguard public investments.”

First Data’s key findings focus on Cover Oregon’s project management structure, communication issues, the lack of a system integrator, and contracting practices. The report also highlights the deficiencies of Oracle, which was hired as the primary website developer. First Data’s assessment of Oracle echoes a report completed in February by the Centers for Medicare and Medicaid Services. In March, the state announced that it is transitioning away from Oracle while maintaining its objective to enroll Oregonians in health care plans through the open enrollment period.

That objective is being met, the Governor said. “Despite ongoing technical challenges, more than 157,000 Oregonians have enrolled through the exchange, over 49,500 of them into a commercial plan. Combined with our fast track enrollment process, we have enrolled more than 287,000 Oregonians in high-quality and affordable health plans since January. Our enrollment figures stand out even among other states that have fully functional websites. The value of our success in this regard should not be overlooked, even as we work to fix what went wrong.”

In response to First Data’s findings, the Governor announced numerous steps he has taken or will take to improve performance, accountability, and oversight.

New Legislation Signed. The Governor signed into law House Bills 4122 and 4154 and Senate Bill 1582. The bills were passed by the Oregon State Legislature in February to increase the accountability, oversight, and transparency of state technology investments; strengthen oversight of Cover Oregon; and seek additional assistance for those who have had problems enrolling in health care coverage.

IT Project Inventory and Analysis and Procurement Processes. Earlier this year, the Governor directed the Department of Administrative Services to inventory all IT projects currently underway in the Executive branch. The inventory is the first step toward tracking IT-related investments and activities through a statewide portfolio. IT projects across all state agencies will be evaluated and monitored to help identify and resolve issues and improve communication and coordination. In addition, the Governor directed DAS to undertake a thorough review of the procurement processes used by OHA and to ensure that they meet best practice standards.

Delegation Outreach. The Governor has written to Senators Ron Wyden and Jeff Merkley requesting that the review by the Government Accountability Office include a thorough appraisal of Oracle’s inability to properly estimate the amount of work necessary to complete the project, to deliver on key deadlines, and to adhere to industry standards. He also asked that the different risk status ratings of the project reported internally and externally be reviewed.

Legal Review. The Governor has met with Attorney General Ellen Rosenblum, who will be forwarding the First Data report and additional information to her staff and outside counsel. Their charge is to consider the full range of legal avenues and options for protecting the state’s investment to date and evaluating the work performed by Oracle and our other technology vendors under contracts with the state.

Staffing Changes and Board Assessment. The Governor announced that he has accepted Dr. Bruce Goldberg’s resignation as Director of the Oregon Health Authority. Dr. Goldberg will continue his role as Acting Director of Cover Oregon until the new executive director is hired. Dr. George Brown, President and CEO of Legacy Health, and a Cover Oregon board member, is overseeing the search process for the new executive director.

The Governor also spoke with members of the Cover Oregon Board and asked them to change the top technology and operational leadership at Cover Oregon and undertake a full assessment of the current structure and staffing model. In addition, the Governor asked the Board to review its governance policies to ensure a more effective communication and decision-making framework.

Enrollment Options. Following ongoing communications with federal partners, the Governor spoke with Health and Human Services Secretary Kathleen Sebelius earlier this week about other strategies to get more Oregonians enrolled in coverage. All options are being explored, and the Governor expects to have an announcement as early as next week.

The Governor concluded the press conference with the acknowledgement that Oregonians deserve more from the state’s health insurance exchange. At the same time, he expressed optimism that the state would be able to move forward. “I am confident that with the actions we have taken and are taking today, and with the continued dedication and hard work of the thousands of Oregonians engaged in transforming the delivery of health care in Oregon, we will succeed.”