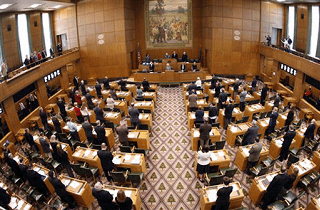 OR: Legislators Begin to Take Up Bills Related to Commercial Plans

The Oregon Legislature, which reconvened on Feb. 3, will likely consider several bills this year that would directly impact commercial health plans if signed into law.  Some of the bills were considered during the 2013 legislative session, died in committee, and have been the focus of negotiations during the interim. One such bill, HB 4110, would prohibit insurance companies from not reimbursing counties when someone covered by that insurance company receives health services while being held in a county jail (which provides health services via Medicaid). The bill is sponsored collectively by the House Committee on Health Care, chaired by Rep. Mitch Greenlick, D-Portland..Another, HB 4051, is sponsored by the House Rules Committee and would allow insurers to post policies on their website rather than mail them to clients.

It’s common for the Legislature to consider bills related to insurance coverage for treatment of specific conditions, such as diabetes and breast cancer.

One such bill, SB 1562, would make small changes to a bill passed during the 2013 session that prohibited cost sharing for any health services, medications and supplies that help women with diabetes manage their condition while pregnant and for six weeks after birth.

This year’s bill would clarify that such coverage is limited by network and formulary restrictions.  It would also require the enrollee or her health care provider to notify the insurance company about whether her care and coverage are restricted by network or drug formulary.  The Senate Committee on Health Care and Human Services is sponsoring the bill.

There are two other bills related to regulating commercial health insurance. HB 4050, sponsored by Rep. Chris Harker, D-Washington County, and Sen. Elizabeth Steiner-Hayward, D-Portland, concerns casualty insurance.  The other, SB 1579, which is sponsored by Bates, relates to prescription drug benefits.