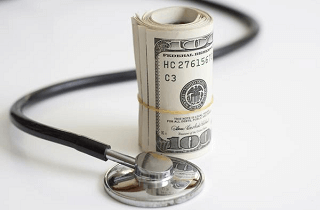 In Oregon, SEIU Local 49 has introduced initiatives for the November ballot that would limit nonprofit hospital executive pay and the rates hospitals charge for services. SEIU 49 is the largest union in the region, representing more than 50,000 janitors, food service staff and other hospital workers.

The Oregon Secretary of State’s office received the certified ballot titles of two measures on Feb. 11 from the Attorney General:

There are still about 87,000 signatures needed to get these initiatives on the Nov. 4 ballot.

The current law in Oregon does not set a cap on hospital executive compensation.  Rather, it is considered reasonable if it is comparable to similarly situated executives, even those at for-profit health organizations, according to a summary of the measure.

Initiative 39 would limit the share the hospital may contribute when the salary is paid by a parent corporation, health system, or combination. It would require annual public reports and would authorize civil penalties for violations.

Initiative 40 would require hospitals to set “uniform/reasonable rates” for individuals and health plans and to report rates and rate-setting methods and financial data necessary for the state Health Authority to monitor their compliance.

The initiative would limit the rates to no more than 30 percent of the total of the hospitals’ per patient reasonable cost to provide service.  Total charges would be capped with the excess amount refunded.

Many hospitals and health care systems oppose the measures. Some opponents argue that these initiatives are a way to create leverage for the SEIU to further unionize Oregon hospitals.

SEIU officials say that because of the Affordable Care Act, now is the time to drive change when it comes to cost and quality issues. Petitioners for these measures cite the unfairness between upper management and the working-class poor as the basis for their support for the initiatives.

The idea of capping executive pay is not a new phenomenon. The European Union has been discussing the idea for the past couple of years and last fall, in Switzerland, a referendum limiting executive compensation to 12 times that of the lowest-paid staff failed to pass.