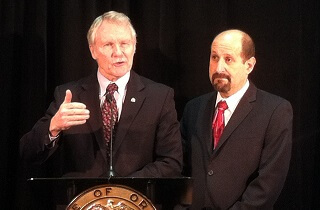 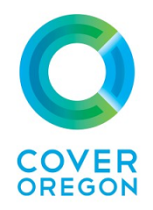 Calls to hold Cover Oregon accountable for its failures seem to grow louder every day.

The Oregon Legislature is pursuing multiple pieces of legislation designed to hold the troubled exchange accountable  and to help consumers deal with the problems they face trying to get coverage.  Meanwhile, Republican lawmakers are pushing for provisions that would require a federal audit and other accountability measures.

On top of that, multiple agencies and individuals are calling for investigations. If you’re struggling to keep track, here’s a crib sheet:

Last month, Governor John Kitzhaber hired Atlanta-based firm First Data to conduct an independent assessment of Cover Oregon’s roll-out and its failure to go live with a fully functioning website, and to submit recommendations for how to fix the problems. A public and non-public version of the report—which is costing the state $228,000—is expected to be published in the next couple of months.

Four Republicans on the House Energy and Commerce Committee, including Rep. Greg Walden, R-Ore., sent the Government Accountability Office (GAO) a letter on February 12 requesting an investigation focused on Cover Oregon’s spending of $304 million in grant funding. The GAO will decide within two weeks whether to investigate.

Earlier this month there was a kerfuffle over whether the Federal Bureau of Investigation (FBI) would investigate Cover Oregon.  Former Republican state representative Patrick Sheehan—who now works on the gubernatorial campaign of Rep. Dennis Richardson, R-Central Point—said he contacted the FBI in December 2012.  He’s since said that the information was faulty.

Two state agencies that could get involved are the Department of Justice, which can investigate agencies, individuals, and businesses for corruption and fraud, and the Secretary of State’s office, which conducts audits on state agencies and programs—including diving into finances. Neither agency has announced whether they’ll take action.