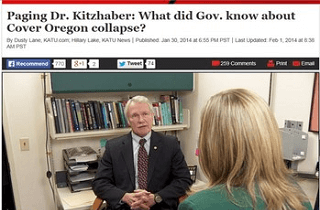 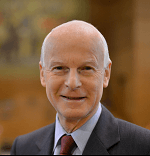 This post has come from an email newsletter sent by Rep. Richardson on Monday, February 3rd.

Today, three years later, the status of Cover Oregon tells a grim tale–the promises were broken, nearly $200 million has disappeared and the Governor was distant and uninterested. In short, Cover Oregon is an abject failure. KATU investigative reporter Hillary Lake has exposed elements of the situation in the following news interview (Click here.)

Cover Oregon has been a pointless waste of taxpayer money, costing thousands of Oregonians their health insurance.

Cover Oregon spent a million dollars on a Quality Assurance team (Maximus), which raised the alarm with the Governor’s Office every month for more than a year. Regrettably for Oregon, the Governor never acted on the reports and the entire Executive Branch ignored the Quality Assurance Team warnings.

So what can be done now? Instead of admitting that his own gross lack of oversight wasted $200 million of our money and caused this tragedy, the Governor has called for a $228,000 study. This new study is allegedly to determine the cause of the Cover Oregon failure. In reality, it is an effort to save face at taxpayer expense and it is unlikely that a firm hired by the Governor will give an unbiased result. Conveniently, this contractor is not required to disclose the results of its investigation to the legislature or to you, the public.

Enough Is Enough. We cannot expect an objective accounting for nearly $200 million “rat-holed” on this failed project. Where did the money go? Why did the Governor choose to ignore the Quality Assurance Team’s warnings? How much more is the Governor willing to spend to resuscitate this dead horse?

It’s time for answers to these and other important questions relating to Cover Oregon by demanding a federal audit of the entire Cover Oregon project.

Cover Oregon needs a federal General Accountability Office (GAO) audit. If you agree, join me and other Oregon legislators by adding your name to a GAO Audit Request Petition. (Click here.)

We must get to the bottom of the Cover Oregon Cover-Up. If there has been fraud, waste, embezzlement or abuse of public trust, those responsible must be held accountable. We must impose safeguards to prevent a repeat performance of this mess. We must ensure all Oregonians have affordable, quality, patient-doctor driven health care. We must restore open, honest and accountable state government. Please join me in petitioning Oregon’s federal elected officials to request a GAO Audit of Cover Oregon without delay. To add your name to a GAO Audit Request Petition click here.