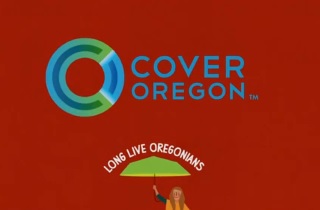 During its Feb. 13 meeting, Cover Oregon’s board of directors reviewed and discussed a projected 2015 budget that reflects a more conservative approach to Cover Oregon’s financing in light of revised enrollment numbers.The federal grants that have been funding Cover Oregon will run out at the end of this year. Beginning in 2015, the exchange will have to be financially self-sufficient.  Its revenue is entirely dependent on enrollment numbers and a $9.36 administrative fee on qualified health plans enrollments and a $6.95 fee on Oregon Health Plan enrollments.

Since the exchange’s website has failed to function, Cover Oregon has substantially revised its enrollment projections. Cover Oregon originally projected that between 183,000 and 398,450 people would enroll in qualified health plans in 2015.

Cover Oregon’s revised projections show that between 161,400 and 219,200 people will be enrolled by the end of 2015, which is between 12 percent and 45 percent lower than the original projections.

Cover Oregon’s previous 2015 budget, which totaled $60 million, was based on the assumption that the exchange would meet its mid-enrollment target of roughly 200,000 individuals.

Cover Oregon’s interim executive director, Dr. Bruce Goldberg, told the board that the 2015 budget has been decreased to approximately $50 million. That reduction is based on meeting Cover Oregon’s revised low-enrollment target of 161,400 people in qualified health plans, and 599,700 people in the Oregon Health Plan.

“I thought it fiscally prudent to peg [the budget] to the revised low enrollment level,” he said. “If we exceed that, that’s great, but I think we want to…err on the side of being extremely conservative.”

Cover Oregon is already beginning to build a reserve, funded by this year’s enrollments. It’s expected those fees will generate approximately $23 million, or about half the 2015 budget, with enough money for approximately three months of reserve funding.

During the meeting, the board approved increasing the qualified health plan assessment fee to $9.66, a 30-cent cost-of-living inflationary increase.

“We’re not where we’d like to be with our [website]. Setting a fee that is substantially greater is not where I felt like we wanted to be,” Goldberg said, adding that a higher fee could negatively impact consumer confidence. 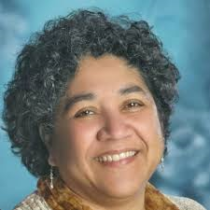 Goldberg explained that approving the new assessment fee now was necessary in order to start a month-long public process to have the fee reviewed and ultimately approved by the Oregon Insurance Division. Insurance companies also must know what the fee is before the rate review process begins later this year.

Liz Baxter, the board’s chair, wondered about the likelihood that the budget’s numbers would hold true.  “We don’t want to get too far into 2014,” she said, if the projections end up being skewed.

Goldberg assured the board that Cover Oregon staff would provide quarterly financial reports at future board meetings.