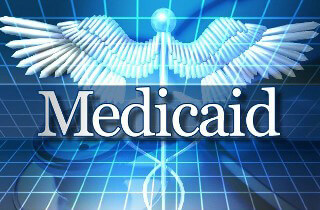 The report aggregates data from the first nine months of 2013, and shows how well CCOs are meeting 14 out of 17 performance-based health measures (three of the measures will be added later this year).

It’s the first time the quarterly reports show CCO-level data for each measure and compare them to 2011 “baseline” data that CCOs are already expected to meet or exceed. It’s also the first time CCOs are reporting cost-utilization data for primary, mental health, hospital, and other services.

In some aspects of care, the rate at which CCOs are improving care is astonishing.

The report shows that in nine months the number of providers using electronic health records (EHR) increased from 28 percent in 2011 to 58 percent.

“Patient-centered primary care homes are becoming the standard of care in the tri-county region,” Lori Coyner, the Oregon Health Authority’s director of accountability and quality, told the Oregon Health Policy Board during a recent board meeting.

Coyner told State of Reform that emphasizing primary care and preventative medicine is “crucial” to CCOs achieving these types of results. It’s also indicative of a strategic move on many CCOs’ part to focus on “high utilizers,” or patients who frequently use the costliest types of care, and provide intensive care and case management.

Targeting specific patient populations with increased services is part of the reason the rate of young children who received screenings for developmental, behavioral or social delays climbed approximately 11 percent in the last nine months.

Umpqua Health Alliance’s rate shot from one percent to 27 percent, because the CCO had some pediatrician practices that were able to quickly start providing screenings. Eastern Oregon’s CCO began working with Oregon Pediatric Society, which provided training and support, and their rate increased from seven percent to 29 percent.

“The part that is gratifying is that we’re seeing programs are matched with results,” Coyner said.

Some data shows some setbacks. The number of children who receive a strep test if they have a sore throat, for instance, decreased slightly among many CCOs since the 2011 baseline data.

Coyner said the setbacks shouldn’t be viewed as problematic. Some of it could be attributed to seasonality, since many children go to the doctor in the fall before school starts.

“It’s an example where we know the measure is increasing over time, and we expect it to jump above the baseline by the time we have a full year of data,” Coyner said.