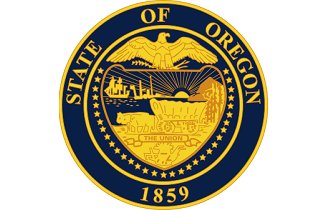 Approximately 160,000 Oregonians newly eligible for Medicaid became enrolled in early January, which has sent the call volume at the Oregon Health Authority (OHA) and the state’s 16 coordinated care organizations (CCOs) through the roof.

Many of the new enrollees say they are calling to find out their CCO or their doctor, Edlund said.

The OHA has responded by increasing its capacity to answer calls from enrollees. The agency also holds a conference call every morning with representatives of all 16 CCOs.

“We’re working very closely with the CCOs to make sure any enrollment glitches are taken care of,” Edlund said.

The spike in call volume is a symptom of a larger concern related to Medicaid expansion: access to care. Although thousands of people now have healthcare coverage they didn’t have before, the number of doctors, nurses and clinics isn’t increasing at the same rate, raising fears about patients’ ability to access care.

Clinics like Oregon Health & Science University’s Richmond Clinic and Central City Concern’s Old Town Clinic have been working over the past couple of years to make services more efficient—for example, by using email or phone calls with patients in place of in-person appointments—in order to accommodate more patient visits.

Edlund also noted that increasing the number of community healthcare workers and primary care homes and incentivizing a team-based clinical approach will help. “I won’t say that I have a magic bullet,” she said. “But we have done some things to try and address the access issue.”

Around 118,000 new enrollees have enrolled in Medicaid through the state’s “fast-track” process, which  reaches out to people who receive food stamps to ask if they’d like to enroll in Medicaid. The Oregon Health Authority sent two mass mailings to that population in the fall.

Edlund told legislators that a third mailing will have to wait. “Right now, our priority is making sure that the 160,000 who are enrolled are getting their first appointments,” she said. “Then we’ll turn our attention back to outreach.”

The Oregon Health Authority estimates that a total of 240,000 people will enroll in Medicaid by the end of 2013.