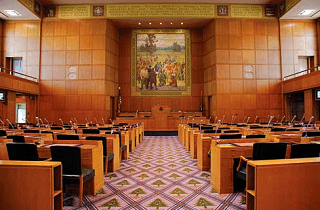 With the Oregon Legislature set to reconvene on Feb. 3, lawmakers have prepared several bills aimed at fixing the problems that have plagued Cover Oregon during the past several months.

The bills reflect legislators’ deep frustration with the botched rollout of the exchange website, a determination to hold responsible parties accountable, and a desire to find practical solutions that will help as many Oregonians as possible sign up for coverage.

The most far-reaching bill so far is HB 4154, whose primary sponsor is Rep. Shemia Fagan, D-Clackamas. The bill would require Cover Oregon to seek federal approval to extend the current open enrollment period from March 31 to April 30.

The bill would also require the exchange to seek approval to offer premium tax credits to people who tried to enroll in a health plan through the exchange, but were prevented from doing so by the website’s technical problems. It would also extend coverage for high-risk Oregonians through the Oregon Medical Insurance Pool.

On the accountability side, HB 4154 would allow Gov. John Kitzhaber to fire the entire board of directors of Cover Oregon in a single year and would extend whistleblower protections to Cover Oregon employees.

The House Committee on Health Care will hold the first hearing on the bill on Feb. 5.

Rep. Mitch Greenlick, D-Portland, chairs that committee and is one of the chief sponsors of another bill, HB 4122, which would require an independent review of any state contract worth more than $1 million, such as Cover Oregon’s contract with Oracle to develop its website.

Senate President Peter Courtney, D-Salem, has said he plans to introduce legislation that would, like Fagan’s bill, allow the Oregon Health Authority to use the Oregon Medical Insurance Pool’s reserve funds to continue covering high-risk people until they’re able to sign up for health insurance through Cover Oregon.

Consumer advocacy groups are reviewing the bills and say that improving Cover Oregon’s functionality should be an important priority for legislators.

“Cover Oregon should be a vehicle for consumers to use their collective bargaining power to negotiate a better deal on health insurance,” said OSPIRG Executive Director David Rosenfeld. “There shouldn’t be a reason why that’s not possible to do.”