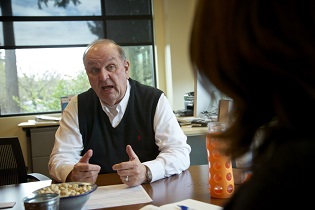 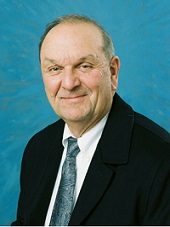 Rocky King, Executive Director of Cover Oregon, gave notice of his resignation on Jan. 1, making room for a permanent replacement.

King has been on medical leave since December 2, around the same time that it became clear Cover Oregon’s website would not be able to enroll anyone into private insurance in time for coverage in January. Dr. Bruce Goldberg, the Oregon Health Authority’s director, has been serving as interim director since that time.

King, who is 68, cited an undisclosed medical issue, which may require surgery, as the reason for his permanent resignation. “As you know, this was not an easy decision for me,” King told Liz Baxter, chair of Cover Oregon’s board, in an email. “However, with the uncertainty of my health it is the most logical.”

But you have to wonder—how much did Cover Oregon’s massive problems with its website have to do with King’s resignation? As it becomes clearer that the website’s dysfunctionality is due to mismanagement and a bad contract with Cover Oregon’s IT contractor Oracle, people are starting to be held accountable: the Oregon Health Authority’s former IT manager, Carolyn Lawson, resigned in mid-December.

Cover Oregon’s board made it clear to Goldberg during a board meeting that it did not intend for him to remain interim director for long, and has already begun the process of finding a permanent director.

Gregarious, well-connected and deeply knowledgeable, King’s appointment as Cover Oregon’s first executive director by Governor John Kitzhaber wasn’t a surprise to anyone—King had been involved in government and insurance for nearly 30 years. He has close relationships with the state’s insurance companies, and worked as the director of healthcare purchasing at the Oregon Health Authority, administrator of the Office of Private Health Partnerships (OPHP), and the Oregon Medical Insurance Pool (OMIP), and helped create the Senior Health Insurance Benefit Assistance Program (SHIBA).

Below is the announcement by Board Chair, Liz Baxter. Below that is the email King sent to Baxter.

I wanted to let you know that yesterday I received notice from Rocky that he is resigning his position at Cover Oregon at the end of his medical leave, which is March 5. Below is the email he sent to me yesterday.

The board of directors had been in the process of searching for an interim executive director to serve during Rocky’s absence. We will now shift our focus to finding a permanent director. I will keep you updated as the search process moves forward.

Yesterday was January 1, and on that day tens of thousands of Oregonians had access to affordable coverage through Cover Oregon that they had not had before. They can now get preventative care and seek emergency and chronic care without worry of financial ruin. I, and the board know that you have worked incredibly hard and sacrificed time with family and friends to make this happen despite many challenges. We recognize and appreciate your efforts and want you to know that you have made a difference in the lives of the Oregonians we have served. And with your help, we will make affordable coverage a reality for many many more.

Thank you for the work you are doing.

Per our conversation this last Tuesday, I am giving the Board notice of my resignation as the Executive Director of Cover Oregon, effective March 5, 2014.

As you know, this was not an easy decision for me. However, with the uncertainty of my health it is the most logical.

I am incredibility thankful for the opportunity to serve the Board for the last two years. Additionally, it has been an honor to work with the staff of Cover Oregon. Their commitment, focus and energy has been beyond what I’ve ever experienced. They, and you, should be proud.

With great respect and appreciation,