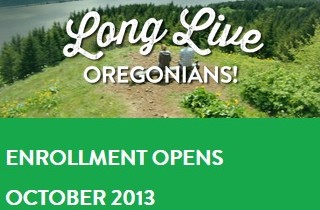 While Cover Oregon will be operational on October 1, consumers will only be able to enroll through an insurance agent or community partner for the first part of October.  The goal of the delay is to avoid overloading the interface and other potential glitches that could arise during the launch.

Cover Oregon told the Oregonian that more than 1,000 agents and 800 trained community partners have received training to help consumers get enrolled thus far.  They anticipate 217,000 enrollees next year.

Due to the complicated nature of the sign-up and the changing federal framework, Cover Oregon will list agents and community partners who can walk individuals through the process, the agency announced at its board meeting last Thursday (8/8).

“It’s not uncommon for technology projects of this importance to launch in phases,” said Triz delaRosa, Chief Operating Officer of Cover Oregon. “We’re opening on time with all of the planned features for individuals and small businesses. And, by launching through our network of trained agents and community partners, we can correct bugs, fine-tune the process and ensure the shopping experience is easy and seamless now and into the future.”

In addition to working out the kinks, Cover Oregon is also dealing with a $16 million shortfall after a “misprojection” of its funds for computer programming due to unforeseen changes in health care law at both the state and federal level.  Cover Oregon picked up the bills, but to cover them the agency will need supplemental grants from the federal government. Without more funds, the agency faces a major hit to staffing and its publicity campaign.

The specific date individuals will be able to buy insurance directly depends on any problems that agents and community partners encounter within the first few weeks.  Cover Oregon expects that to be mid-October.