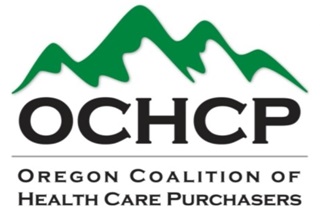 Daniel Mitten is the new Executive Director of the Oregon Coalition for Health Care Purchasers.  We

Q:  Thanks for making time for us, Dan.  Any time someone jumps into a new position, there’s always a lot of work to do.  Tell me about what you’re doing at the Coalition to get up to speed?

Thank you, it’s my pleasure, DJ.  Within the first few days of starting at OCHCP as the new Executive Director I was asked if my new job was like drinking water from a fire-hose. Yes, unequivocally that has been the most appropriate and accurate statement regarding starting any new position.  It is unnerving in any position in any environment until you get settled in, absorb the culture and wrap your hands and mind around the company’s vibe, its mission and how your personality will fit in and lead the organization moving forward.

What have I been doing personally? I immediately immersed myself in the belly of the beast as I like to call it and performed an operational and financial review and analysis of the company.

As of this moment, my second month on the job, I am developing a compass for the organization, a strategic and operational plan that will transform the organization into a more agile, modern, impactful membership organization that brings more value to belonging, strengthening its unified voice and being a neutral organization that has the power of a collective group at its fingertips.

Q:  Before this position, you left what seems like a pretty good gig in Arizona to move to Portland.  What brought you up here?

I had a fantastic gig in Phoenix, but we experienced a kind of Wanderlust and couldn’t resist. My wife and I discovered Oregon in 2007 on a white-water rafting expedition down the Rogue River. We fell in love with the state and the Pacific Northwest and found ourselves coming back every year multiple times a year. As time went on, we thought, “Why not live there?” and I had achieved everything I wanted to achieve in Phoenix career-wise, and although it was a difficult decision to leave my secure, hard-earned career and my friends, our desire for adventure overpowered us both. We decided to take a leap of faith. Without any jobs lined up and no prospects for one, we resigned our careers, sold our house, got rid of our cars and leaped and haven’t looked back.

Q:  What kind of work were you doing in Arizona?

I worked at the Maricopa County Medical Society, a voluntary association of physicians, and served as its CEO/Executive Director.  I started in the mailroom at age 18 and worked my way up through the ranks to become CEO/Executive Director. So, to say I grew up in the organizations is literal. I learned a lot and worked with some outstanding people in the businesses and in the membership. Some of my best friends are from my time at the Medical Society.

Q:  So, now that you’re getting your hands around the challenges at OCHCP, what does the next 12-24 months look like for the coalition?

The next 12-24 months will be a transformative period, an evolution and strategic focus as the healthcare climate itself changes and evolves. The Coalition will not only undergo a facelift, but will also undergo a transformation of core mission-driven objectives that include an evaluation of membership value and offerings to its members.

It will evolve and adapt to the circumstances around it, it will be more engaged, visual and effective for its members. It will become recognized as the voice of the purchasers and will be sought after as an expert, a resource for the industry and its partners.

Any transition is difficult and it is the perfect time for the Coalition to move forward and engage itself in being part of the solution for Oregon employers and purchasers.

Q:  How many members are in the coalition?

25 Purchaser Members that represent over 900,000 Oregonians and 21 Affiliate Partners.

Q:  How are some of your members and business leaders you talk to responding to the pressures of health reform?  What are they doing in advance of the exchanges coming around the corner?

Some of the members are proactively planning for the upcoming exchange, whether it’s watching the progression of activity, published rates or engaging in their own development of a private exchange model.  Oregon seems to be the only state that has decided that it is better to plan and prepare for the changes rather than oppose and fight the health care reform to the end.

Regardless of how anyone feels about health care reform, it’s here, it’s staying and it will be implemented. I am glad to see many business leaders and our members embracing that thought and proactively seeking solutions that make sense for them, their customers, providers, patients, partners and the community as a whole.

Right now, Oregon is in the spotlight and the manner in which the business leaders in healthcare and the community are working cooperatively to arrive at a solution, while still maintaining their competitiveness is something to be admired.

Q:  What are the data points you’ll be watching as the next 12 months unfolds?  What are you watching to track the progress of this transformation?

I think the first thing that we’ll begin to be able to track and analyze are the enrollment numbers in the exchange and the fluctuation of the rates over time. It will be some time before there will be anything significant to trend. As with anything, there will be a spike in any data points that one is trending; the key is to maintain focus and watch the trend over time before one begins to react or speculate on its meaning.

There will be those who will proclaim great success or failure after October 1st when the exchange goes live, but the effects won’t be seen for at least several months, if not the first quarter of 2014.  The true impact won’t be seen for years, hopefully in a reduction of health care costs and the maintenance of high-quality care and, of course, access to care. But as a measure we will be trending enrollment and the rates.

Q:  If you had 5 minutes to talk with Gov. Kitzhaber about health care in Oregon, what would you tell him?

I would tell him that I am impressed and support him 100% on his healthiest state initiative and that he and his predecessor should be proud that Oregon is in the spotlight and a model for health care reform measures and initiatives.

Coming from Arizona, the opposite end of the spectrum in health care reform, one might say that Arizona traditionally does not adapt to change too well, especially change coming from the Federal Government. That would be an understatement.

It is well-received by me when a state and a governor embraces change and works towards that change by improving it and proactively seeks solutions to the communities it serves.  So with Oregon and Governor Kitzhaber’s hands-on approach to doing everything they can to ensure that it is a leader in the movement with the goal of working towards the goal of healthier Oregonians, I would ask him if there was anything I can do to help him and Oregon achieve that goal.

Q:  What’s on your night stand these days?  What are you reading?

I had just recently finished the “Complete Works of Sherlock Holmes” by Sir Arthur Conan Doyle. I had never read it from cover to cover growing up and it was a great read; one that every person should do at least once. Brace yourself though, it’s a large compilation.

I’m a big fan of Dean Koontz and Stephen King, I wish they would collaborate some day, but currently, I am reading Dean Koontz’s latest Odd Thomas book, “Deeply Odd”.

I tend to gravitate towards fiction, unless it’s an historical piece – (I’m a self-proclaimed aficionado on World War I & II) – there is enough reality in the world and I like the escapism of fiction, regardless of genre.