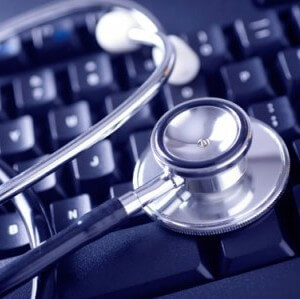 A new study released today by Harvard University and Massachusetts Institute of Technology researchers provides new insight into the potential benefits and shortcomings of Medicaid Expansion on patient health and well-being. This is the first time that a randomized controlled design has been used to evaluate the Medicaid program. The full results of the Oregon Health Insurance Experiment can be viewed here.

More on the story from MedPage Today:

Expanding Medicaid coverage improves mental health but doesn’t tackle some basic measures of physical health, like blood pressure, judging by the experience seen with a Medicaid lottery in Oregon.

The lottery was set up when the state determined its budget could cover just 10,000 of the more than 90,000 people waiting to get on Medicaid in 2008. Adults were selected at random as long as they were not eligible for other public insurance, had been uninsured for at least 6 months, and had an income under 100% of the federal poverty level.

Among those accepted into the program, depression fell substantially compared with those still on the waitlist, a 9 percentage point difference in prevalence at 2 years (P=0.02), Katherine Baicker, PhD, of Harvard School of Public Health, and colleagues found.

But there were no decreases in rate of uncontrolled blood pressure, glucose, or cholesterol in the newly-covered group, the researchers reported in the May 2 issue of the New England Journal of Medicine.

Still, use of many preventive services improved and catastrophic out-of-pocket medical expenses were nearly eliminated with coverage.

While “a randomized controlled design is almost never available to answer social policy questions like this,” that is what the Oregon experiment represented, Baicker told MedPage Today in an interview.

The unique study helps dispel two extreme views of Medicaid, noted Baicker, who also works with the National Bureau of Economic Research at MIT in Boston.

“It dispels the erroneous view that Medicaid is a terrible program that doesn’t provide any benefits for beneficiaries and costs a lot of money,” she said. “It’s wrong to say the program has huge costs and no benefit.”

“But it also dispels the equally incorrect view that Medicaid is such a wonderful program that it increases access to preventive care in a way that it reduces hospitalizations and emergency department visits, that it improves the management of chronic diseases by so much that it saves money over the short run, that it’s a program with huge benefits and no costs.”

The findings may give some indication of what is on the horizon nationally as Medicaid expands under the Affordable Care Act, which offers states federal money to cover more individuals.

However, the Oregon program expansion added relatively few beneficiaries compared with the millions that may become eligible across the nation, which might have a different impact on providers and system-wide delivery of care, Baicker cautioned.

Also, the findings reflected only 2 years of data and the health advantages of being insured might be different over time for the low-income, able-bodied group enrolled.

Follow-up interviews at 2 years for 6,387 lottery winners compared with 5,842 adults not selected from the more than 90,000 waitlisted individuals showed the following:

Medicaid coverage raised the odds of a diagnosis of depression after the lottery by an absolute 4 percentage points (P=0.04), “representing a relative increase of about 80%,” although medication for depression wasn’t prescribed more often than among controls.

Mental health-related quality of life went up with Medicaid coverage by about one-fifth of a standard deviation (1.95 points, P=0.05); other aspects of quality of life and happiness didn’t change.

As previously reported in the 1 year-results, financial strain eased with Medicaid coverage, based on a number of self-reported measures.

Out-of-pocket medical expenses totaling more than 30% of income dropped by an absolute 4 percentage points with Medicaid coverage, for a more than 80% relative reduction (P=0.02).

“That’s one of the things insurance is designed to do, not just increase your access to care, but to protect you from financial ruin if you develop an expensive medical condition,” Baicker noted.

Unlike in the 1-year results, though, the 2-year findings showed no significant change in emergency department visits or hospital admissions, despite the greater number of office visits and prescriptions.

Preventive services improved in some respects, including a 15 percentage point increase in cholesterol screening and 24 percentage point gain in having a usual place of care compared with controls still on the waitlist for Medicaid enrollment (both P<0.001).

The researchers cautioned that their power to detect changes in health was limited by the relatively small number of patients with the conditions. Depression, the only one for which the changes reached statistical significance, was the most prevalent of the conditions examined.

“The 95% confidence intervals for many of the estimates of effects on individual physical health measures were wide enough to include changes that would be considered clinically significant,” Baicker’s group pointed out.

But it may have been that Medicaid coverage really didn’t impact health in those other respects, as would be suggested by similar results in prespecified analyses for subgroups expected to gain more — those ages 50 to 64 and those who had already been diagnosed with diabetes, hypertension, high cholesterol, a heart attack, or congestive heart failure before the lottery.

Baicker reported grant funds to her institution from the above entities; support for travel from a number of universities and RAND, Alliance for Health Reform, RWJ, and the Cato Institute; board membership and stock ownership with Eli Lilly; consulting for Strategy1, Campbell Alliance, LEK, TIAA-CREF, Gerson Lehrman, SeniorLink, NIH, CBO, MedPAC, American Economic Association, and Smith Richardson; and employment with NBER.

She also reported payment for lectures from several universities, BCG, Federal Reserve Bank of Kansas, NCQA, the Foundation for Orthopaedic Research and Education, RAND, Business Roundtable, and Days of Molecular Medicine Charitable Foundation and being a commissioner/reviewer for MedPAC, an advisor for CBO, and a grant recipient/reviewer for NIH.