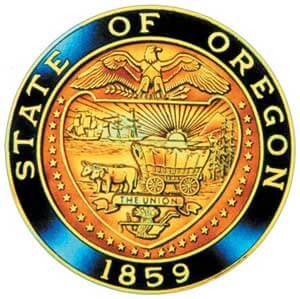 CMS made national news last week in a surprise release of Medicare data for charges and payments for hospitals around the country.

The data, which includes the 100 most frequently billed discharges, gives new insight to individuals’ cost of treatment under Medicare by diagnosis at hospitals all over the country.

Just like we did in Alaska, we wanted to review rates for Oregon hospitals.

We charted payments by Medicare diagnosis for COPD, cardiac arrhythmia and conduction disorders, and pneumonia and pleurisy, at Oregon hospitals (based on available data).

The disparities are not as earth-shattering as some of the east coast hospitals grabbing headlines lately, but we do see a few things worth noting.

1.  For all the talk of cost control, billed charges are still 200-300% of the allowable charges. While this doesn’t affect Medicare rates, it still has dramatic impact on commercial rates, particularly PPO networks.

2.  Geography bears no discernible trend on Medicare billing among the state’s largest hospitals.

3.  At first blush, many of the billed charge totals seem comparable.  But when considered as a percentage, you still see rates 60% higher at some hospitals than others (COPD for St. Vincent versus Tuality, for example).

Just as a final note, I’ll offer this personal observation.

To be honest, our team here has struggled with this data.  For folks that track this kind of thing, it’s not really much of a surprise, right?  Medicare rates are low.  Billed charges are not really real charges, right?  Etc, etc.

But our response – which we think many health care insiders may have – would be startling to the same millions of folks that found “Bitter Pill” to be shocking (making the issue the hottest selling Time issue in years).

Rather than be commonplace, this data actually probably highlights the ongoing disconnect between “life inside the health care bubble” and the real world paying the bills for that bubble.