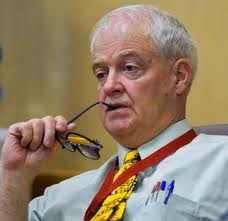 Noted in the press release is that one in eight children and one in 18 adults suffers mental illness in Oregon.

Sen. Courtney believes it is critical to make mental health a priority in the light of the recent tragedies:

“It’s a shame, but perhaps recent tragedies in Oregon and other states will finally force us to confront this widespread problem in our state. If we are willing to tackle this issue, we can dramatically improve the quality of life for thousands of Oregonians,” Courtney said.

As mentioned in the release, OHA’s Division of Addictions and Mental Health calculated that additional $331 million is needed to completely fund community mental health services. Out of $331 million, $285 is for crisis services, case management, outpatient programs and housing for mentally ill adults; and $46 million is for programs for children and young adults.

Sen. Courtney appears to be dedicated to this issue and is focused on finding additional funding sources for community mental health services in Oregon.