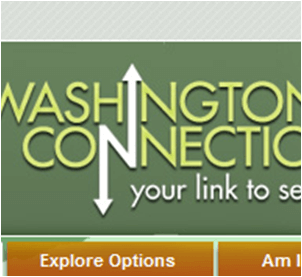 What's In A Name?

News from earlier this week that Oregon’s new Exchange would be called “Cover Oregon” came as bit of a shock.  Why?  It was a really good name…

Which brings up an interesting phenomena:  government agencies, which are inherently ill-suited to be branding mavens, are tasked with creating brands that will inspire citizens to take to the internet an trust that their new premium subsidies will help them access insurance coverage.

Forget about the downstream implications for a minute – the thing many of us spend most of our time talking about.

A few weeks ago, I was interviewed for this national NPR story about naming an exchange.  While my comments made only the cutting room floor, the story really brings to the fore this notion of the importance – and the challenge of naming exchanges.  Here’s one take.

“This is a whole new world for people in terms of how they’re going to access insurance, and it might be wise to give them a name that makes them feel metaphorically wrapped in some nice, warm arms that are going to take care of them.”

If that’s the standard, I think Oregon fares pretty well.  In Alaska, there has been little to no public engagement about naming as the exchange operated by the federal government.   However, most of mainstream opinion would believe the federal exchange will not be as sensitive to local conditions – including naming the exchange – as would a local effort.

In Washington, the latest branding iteration of “Health Plan Finder” reflects the spartan utilitarianism of the Nordic heritage of the Puget Sound.

But, Washington is not Puget Sound.  Whether such a name will work well across the state – particularly where, according to the NPR story, 50% of exchange enrollees nationally will be Spanish speaking – is still an open question.

I was involved in a recent Washington effort at naming a new portal – somewhat similar in scope to the coming exchange.  It was a process dominated by state leaders, and in the end, though well intentioned, it was a mediocre brand:  the Washington Connection.  That said, this is nevertheless still a bar to which many states are aspiring, low though it may be.

All that said, developing a brand for a service as difficult to explain as an insurance exchange is tough.  Government agency staff are experts at delivering particular services – though they are services not typically related to branding and marketing.

Put together, it’s a real challenge developing a brand that is able to be trusted by consumers, able to explain the basic scope of services, and bridge the cultural gap between citizens and government these days.

Keep an eye on this process.