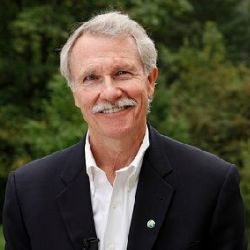 We previously discussed the push for health reform in Oregon to cover more lives cost-efficiently.  Part of the context of this reform push is a $600 million budget hole in the Oregon Health Plan.  Previous cuts led to hospital layoffs, but an additional $600 million in cuts would impact the 60,000 people directly employed by hospitals.  The Oregonian has the story:

For more than a week now, the Oregon Legislature has worked on a bill to implement long-discussed health reforms, hoping to qualify Oregon for additional federal funding of as much as $500 million a year for the next five years.

The money could help offset a roughly $600 million budget hole in the Oregon Health Plan. But questions remain: exactly how much new federal funding will actually materialize, and how will it be spent?

A recent study released by the Oregon Association of Hospitals and Health Systems underlined the importance of those questions.

The Portland consulting firm ECONorthwest found that Oregon’s hospitals are directly responsible for almost 60,000 full- and part-time jobs, and indirectly for another nearly 70,000.

…This year, Legacy Health is cutting 365 jobs primarily in the Portland area, citing projected cuts in Medicaid and Medicare reimbursement of about $30 million. Earlier, Salem Health and Providence Health & Services made their own reductions, citing reduced reimbursement.

More cuts are on the way. PeaceHealth, a health plan that operates several hospitals in Lane County, recently announced a projected $19 million loss of Medicaid would require cuts, including in labor. The number of layoffs has not been announced.