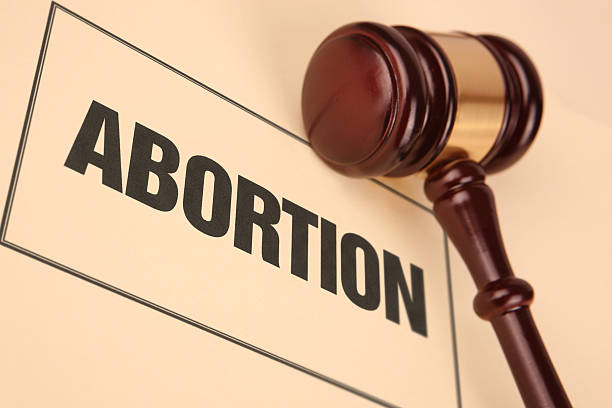 When the US Supreme Court overturned Roe v. Wade in June, leaving abortion policy up to the states, the Maryland legislature had already taken steps to ensure access to abortion for residents. The Maryland Abortion Care Access Act, which went into effect July 1st, provides a multi-faceted approach to abortion care, from bolstering providers to ensuring coverage.

Abortion access has been protected in Maryland since 1991, but state law only allowed licensed physicians to provide abortion care, according to Robyn Elliott, a partner at Annapolis-based firm Public Policy Partners. Over the last several years, Public Policy Partners has worked with its client, Planned Parenthood of Maryland, and other partners to ensure the legislature prioritized access to abortion care in the event of a post-Roe world.

Lawmakers passed the Maryland Abortion Care Access Act during the 2022 session. One of the act’s provisions specifies “qualified providers” can perform abortions, in addition to licensed physicians. This broadens the provider pool to include nurse practitioners, licensed certified midwives, or other appropriately trained or certified individuals. Elliott said Maryland could become an abortion care destination for people who live in neighboring states with more restrictive abortion policies.

“We really need to ensure we can build an [abortion care] provider base, quickly, across Maryland,” Elliott told State of Reform.

Maryland’s abortion policy is unique due to the establishment of the permanent, state-funded Abortion Care Clinical Training Program, under the new act. The Department of Health must administer $3.5 million appropriated in the state budget for abortion care training programs at community-based and hospital-based sites.

Although the program is the first of its kind in the nation, Elliott said there are still improvements to be made. For example, advocates hope to expand the training program to a regional scale, providing support for abortion care providers in Pennsylvania and Delaware.

Additionally, the program will not officially begin until July 1st, 2023, due to a provision that prohibits executive funding from being administered until a year after a bill’s passage. The governor has the authority to authorize the release of funds prior to 2023, but Gov. Larry Hogan stated he has no intention to do so. Hogan also vetoed the Abortion Care Access Act in April, but the Democrat-controlled legislature overrode the decision.

Without the governor’s support, Elliott said the state will most likely need to wait for new leadership if they want to utilize the funding sooner. Democratic gubernatorial candidate Wes Moore has promised, if elected, to release the funds for the training program the first day he is in office. He faces Trump-backed Republican Dan Cox in the November general election.

The act’s other provisions focus on the insurance sector. The act requires Medicaid to “provide coverage of abortion care services without restrictions.” It also requires state-regulated private insurance plans to cover abortion care without cost-sharing requirements. The reason for this particular clause, Elliot said, was to target younger individuals of reproductive age who are generally healthier and may not yet meet certain deductible requirements.

The act also requires the Maryland Health Benefit Exchange (MHBE) to establish a State-Based Young Adult Health Insurance Subsidies Pilot Program. Under the pilot, MHBE will provide a subsidy that covers 100% of premium costs for eligible individuals. MHBE must also convene a consumer-focused workgroup by January 1st, 2023, to “make recommendations to improve the transparency and accessibility of consumer information about abortion care coverage,” according to a bill analysis. The workgroup would then present a report to the General Assembly by January 1st, 2023.

Beyond the act’s implementation, Elliott is focused on continuing to expand access to abortion care in Maryland. This includes working to implement a constitutional amendment that guarantees reproductive freedom, and ensuring out-of-state abortion seekers and abortion care providers can access legal protections. Elliott said her work will continue to involve key partnerships with policymakers, organizations such as the American College of Obstetricians and Gynecologists, and other advocates.

“You can’t have a single advocacy organization,” Elliott said. “You need an extensive coalition. Beyond the legislative process and implementation, you need that broad-based support.”