A turning point for establishing overdose prevention sites in Baltimore

Advocates are urging state legislators to provide “observation and consideration” on the establishment of overdose prevention sites (OPS) in Baltimore. According to advocates at a legislative committee meeting last week, OPS can strengthen the state’s harm reduction system and save lives from drug overdose.

Over 2,000 people in Maryland die each year from drug overdose, according to 2022 data from the National Center for Drug Abuse Statistics. Drug overdose contributes to about 4.68% of annual deaths in Maryland—the highest in the nation.

OPS would provide people with a place to “consume previously obtained drugs in a hygienic, monitored environment without fear of arrest,” according to the American Society of Addiction Medicine. Aside from providing safer-injection and safer-sex supplies, OPS offer harm reduction educational materials, mental health services, crisis intervention, and other resources.

Currently there are no OPS in operation in the state, although advocates such as the Baltimore Harm Reduction Coalition have lobbied on the issue since 2017. Last legislative session, Del. Joseline Peña-Melnyk (D – Anne Arundel) sponsored House Bill 396, which would have authorized the establishment of up to six OPS in urban, suburban, and rural areas in Maryland. The bill ultimately did not pass, but it garnered favorable testimony from over 40 witnesses.

“Baltimore is behind the times in getting OPS,” said Ron Phillips, a peer organizer with Bmore Power & Communities United and the BRIDGES Coalition during his testimony to the House Health and Government Operations Committee.

To gauge how OPS might operate in Baltimore, lawmakers are looking towards New York, where two OPS have diverted over 100 overdoses since November 2021.

The two sites in Washington Heights and Harlem, New York serve over 600 registered users, according to Kailin See, senior director of programs at OnPoint NYC.

“If someone is interested in treatment—buprenorphine, methadone, medical care, mental health care, housing, case management—it’s mere steps away,” See told members of the HGO committee. “We don’t have to refer out. We don’t have to risk that loss of follow up because we’re able to take care of people in situ with our wraparound service model.”

There are cost-saving benefits to OPS as well. Out of just under 6,000 occurrences, the sites called emergency services to help respond to an overdose just three times, said See. This saves resources that would otherwise be used to care for an overdose victim in an emergency department.

“That is staggering cost savings to emergency services, police, and the hospital system,” she said.

Partnerships with government officials, such as New York State Health Commissioner Mary Bassett, M.D., M.P.H, played a key factor in establishing the OPS. Although state officials have not made official statements of support for OPS, they are observing the program’s progress without further intervention, according to See.

See also detailed the program’s work with the local communities. This included building relationships with schools by participating in campus cleaning projects and providing harm reduction education. If certain businesses or organizations were apprehensive of being in close proximity to an OPS, OnPoint NYC invited them to visit and speak directly with staff and providers.

Research suggests a similar movement in Baltimore would garner community support. A 2022 study from the Johns Hopkins Bloomberg School of Public Health found that 65% of respondents, who were Baltimore business owners and employees, would support OPS in their neighborhood. 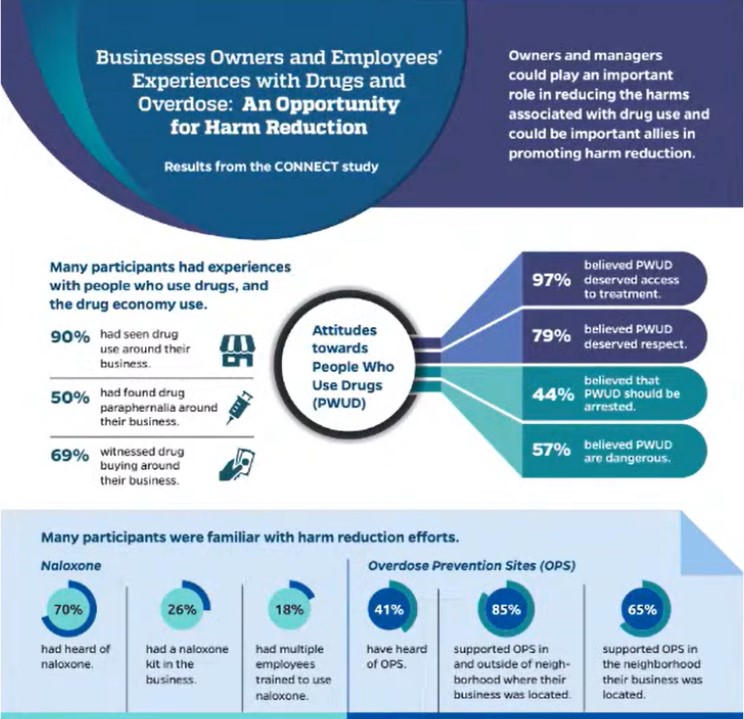