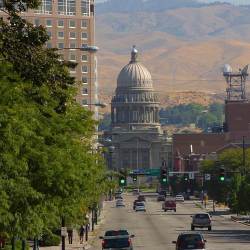 "Keep It In Idaho": Common Ground on Health Reform?

An advocacy group in Idaho is calling for the state to set up a health insurance exchange in compliance with the Affordable Care Act.  The group, Keep It In Idaho, wants the state legislature to enact a state insurance exchange because “the federal government will intervene and impose a one-size-fits-all plan on Idaho that is designed and run by people in Washington, D.C. and Idahoans will pay the bill.”

Keep It In Idaho doesn’t take a side in the national health care debate, but the group recognizes the reality that the Affordable Care Act, short of a Supreme Court ruling, will be implemented.  The Keep It In Idaho FAQ page offers some good commentary on state health exchanges:

There are critical differences between a State Exchange and Federal Exchange, including:

Right now, Idaho controls its own destiny regarding how health insurance looks in our state. That’s why we have some of the lowest health insurance costs in the country. Let’s keep it that way.

Despite the wide range of support for a state exchange, there has been strong opposition from those firmly against the Affordable Care Act — some legislators have suggested that going along with any part of federal health reform is a “bow to socialism.” State House Majority Leader Mike Moyle even said, “If you have to do everything the feds want anyway, then why not let the feds run it?”

Although Republican Governor Butch Otter originally supported the exchange, he recently gave up the fight after pressure from the right of his party.  Keep It In Idaho hasn’t given up — this is a debate we will be watching closely.