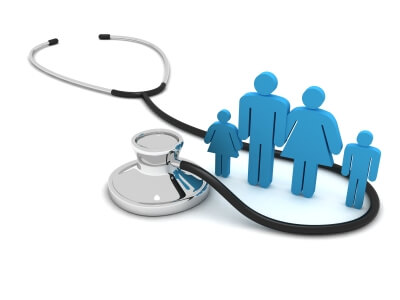 “There is a correlation to that with the increasing obesity rate in Hawaii — which is still below the national level average — but of concern in the Department of Health and Human Services. It’s also noted that there is an increase in child obesity. In particular, there is a variation [within the statistics] in socioeconomic class, and in particular with Native Hawaiians and Pacific Islanders.”

The pandemic put a focus on these disparities. Leonardi provided an overview of state data collected over the course of the pandemic:

“We do know that the deaths during COVID-19 have reduced the average life expectancy and further exposed and exacerbated the long standing health disparities. We saw in our own data that Native Hawaiians and Pacific Islanders had higher age adjusted rates of infection and severe illness and death compared to white and Asians. When we look at the data that we’re getting from the state, we know all the recent reports have reinforced how underlying social and economic disadvantaged communities play an outside role in  COVID-19 disease and death.”

Hawaii is in a unique position to address these disparities. Since 1974, when the state passed the Hawaii Prepaid Health Care Act, employers were mandated to provide their employees with health insurance, making Hawaii one of the most insured states in the country, according to a 2020 WalletHub report.

Although the state ranks well in terms of health insurance coverage, more can be done to ensure health equity across the state, said Heywood.

“The overall topic of health disparities is being formally recognized by the state. For example, the Medicaid health plans including [UHCP] have gone into a contract with the state of Hawaii starting this July 1. One of the aspects of the new contract is a requirement in terms of gathering more detailed information around health care disparities — by race, ethnicity, by island, by gender — and that will really enable… a granular level understanding of where the disparities are, so that the state, the health plans, the health care delivery system can figure out ways to address and solve for those disparities.”

Other areas UHCP is working to address are resuming in-person pediatric visits, supporting postpartum care programs, and studying the impacts of social determinants of health.

One Oahu-based initiative, funded by a Center for Medicare and Medicaid Innovation (CMMI) grant, found that access to nutritional food was a key issue in Hawaii’s communities. Heywood described the key to identifying the issue was working with community health centers.

“That’s a great example of actually diving in and getting the information right in our community. That’s a partnership with community health centers and our hospital system.”